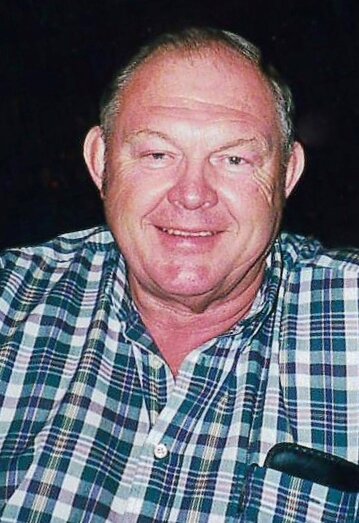 Please share a memory of Jack to include in a keepsake book for family and friends.
View Tribute Book

Jack Ray Woldruff was born February 14, 1940, to George and Roxa (Thomas)IA Woldruff.  Jack grew up on the family farm in rural Clarinda, Iowa with his siblings, Alan, Sandra, Dian, and Mary Alice.  They lived a very wholesome family and church-oriented life.

Jack attended Fruits Country school for grade school and then went on to high school in Clarinda, graduating in May 1958. Jack was active in football, baseball, track, C club, and FFA.  In the yearbook with his photo is a quote, “Underneath all the foolishness is true worth”.  This was so true of him, he was always having fun, making people laugh, and he was a wonderfully loyal person.

After graduation, Jack worked for Peter Kiewit Construction in Omaha, NE, until he went into the United States Navy.  Jack started his Navy training February 16, 1962.  He went through boot camp and became a storekeeper.  He was on the USS Ajax – with 800 seamen and 300 officers.  He was a hero who gave four years of his life to serve his country.  During his time in the Navy, he was in Hong Kong, Tailel, Okinawa and Hawaii.

Once out of the military, Jack return home to Clarinda and met his future bride, Sharon Zahm Casteel, and they married on August 24, 1968.   Jack and Sharon lived and raised daughter Pam in Clarinda.  They lived a fun filled life always full of family gatherings, backyard BBQ, trip to the farm, family vacations to California, Washington, Illinois, and Kansas City to Worlds of fun.

Jack worked for GTE from 1967 to his retirement in 2001, giving him 34 years of services.  A very dedicated, hardworking, personal guy.  Although, once computers came, he wanted to throw it out the window or stomp on it.

All through life, Jack loved his family, friends, and church.  Jack had many hobbies.  He loved reading Louis L’Amour, doing word searches, going fishing, hunting, and watching all sports on TV or live.

In retirement, Jack and Sharon has small businesses, one being the Amity Café in College Springs, Iowa.  They had a great time with this and enjoyed all the customers and friends they spent time with.

Jack went to Villisca Good Samaritan in July 2014 and lived here until his passing.  We are truly thankful for the care he received there.  He was brought together with old friends and made many new friends.

There will be a luncheon to follow the burial at Walker-Merrick-Billings Funeral Chapel in the lunchroom.
Online Memory & Photo Sharing Event
Online Event
About this Event

Share Your Memory of
Jack
Upload Your Memory View All Memories
Be the first to upload a memory!
Share A Memory
Plant a Tree