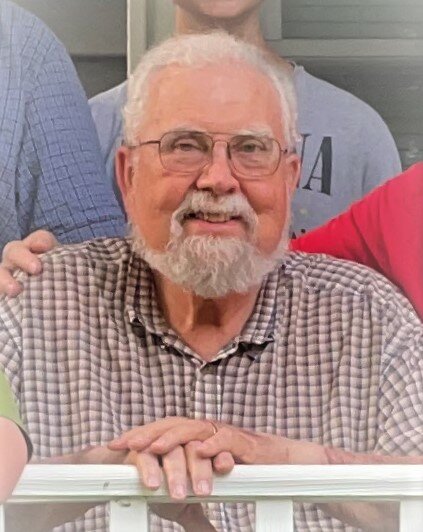 Please share a memory of Terry to include in a keepsake book for family and friends.
View Tribute Book

Terry Dean King, age 77, of Villisca, went to be with the Lord, Tuesday, January 25th, 2022, at Methodist Memorial Hospital in Omaha, Nebraska.

Born in Creston, Iowa, on May 17th, 1944, to Cliff King and Neva (Nelsen) King. Terry Dean King is survived by; his wife, Sharon (Burton) King of Villisca, his son, Ian King, and wife Kimberlee King of South Barrington, Illinois, and their children Joseph Corless, Thomas Corless, Andrew King, Kelly Corless, Aaron King, Jacqueline Corless, and Jonah King, his son Alex Burton, and wife Lori (McAlpin) Burton and their children, Willis and Neva Jo Burton, his brother, Gary King, and his wife, Ann, and his sister, Cheryl Vander Linden, and her husband, Howard, along with many nieces and nephews.

Terry graduated from Villisca High School in 1961, earned an associate degree from Clarinda Community College in 1963, and then transferred to Iowa State University. Terry paused his education temporarily to serve in the Navy from June 1966 to July 1972 as a meteorologist in the U.S. Fleet Weather Facility stationed in London, England and then aboard ship traveling the Mediterranean on the USS John F. Kennedy. After his service, Terry went on to earn a bachelor’s degree in Horticultural Studies from his beloved alma mater, Iowa State University in Ames, Iowa, in 1981.

After marrying his wife of what would be 51 years, Sharon Jo Burton, in London, England, on June 12 of 1970, Terry and Sharon lived in London for one and a half years. Terry enjoyed dark beers, bangers and mash, and acquired a bit of a British attitude that would follow him throughout his life. While in England, Terry and Sharon welcomed into their lives their son, Ian King, on July 27, 1971.

After returning home from England to Southwest Iowa, Terry worked first at Clarinda Printing, and then, following his lifelong passion, he purchased and ran Kings Plant Market in Villisca. He specialized in organic gardening long before anyone even knew what “organic” meant. In the late 1970s, Terry transitioned to working for the Villisca Post Office. Terry eventually became the Postmaster of Nodaway Post Office and retired in 2011 having served the US Post Office for over 35 years. Although Terry cherished the relationships he grew during his time in Villisca and Nodaway, the work of his life, at heart, was gardening and horticulture.

In July 1981, Terry, Sharon, and Ian chose to move from town to a small farmhouse on 10 acres just north of Hacklebarney County Park in rural Villisca to fulfill Terry’s desire for the space and peace of country life. The move afforded the family to blossom, creating an ancient variety apple orchard, many gardens, and homes for countless animals including chickens, ducks, rabbits, sheep, and many cats and dogs. Through years of repairs, remodels, and countless memories made, Terry’s vision of what the property could be, came to life and remains today.

Terry was known by many for his extraordinary knowledge of gardening and was an excellent steward of the land God gave him. At its highest, Terry’s heirloom apple orchard boasted more than 100 trees in nearly as many varieties. Drawing on his education from Iowa State, his mentors, and his own experiences, Terry was a trusted Master Gardener. He was a regular contributor of gardening advice in the local Time Out Reader, and previous to that, wrote The Garden Row column for The Villisca Review. Always living out the age-old adage “waste not, want not” - almost to a fault - Terry was canning, freezing, and drying homegrown fruits and vegetables, even through this most recent harvest season. He didn’t just keep food, but was known for making the most of it! The background sounds of the King home nearly always included a cooking show. Terry enjoyed trying out the new recipes and mastering his favorites. Most of all, he loved sharing his creations with others at family holiday gatherings or church suppers, maybe most notably his apple pie and homemade breads.

In an unexpected turn of events, in 1999, Terry and Sharon took in and later adopted their nephew, Alex Burton, then age 11, beginning what would be a rewarding experience of parenting their second child together. Terry, along with Alex, greatly enjoyed engaging in the Villisca Community School sports and fine arts programs.

One of Terry’s lifelong passions that he and Sharon grew into a business together was antiquing. Happy memories were made on countless road trips together, at times with their sons, to auctions, flea markets, and booths. Applegarth Antiques was not how Terry “made a living,” but antiquing most certainly was how he chose to make the most of a day! Even as age began to test his memory of names and places, Terry could recount in detail nearly every item in their home, what auction it had come from, what era, and original purpose it had, and the relative value it held then and now. One of his most cherished collections was Southern Pottery’s Blue Ridge dish line that has adorned the King family kitchen for decades.

Terry was a long-time member, and faithful attendee of the Villisca Presbyterian Church where he enjoyed volunteering his time and talents by singing in the choir, preparing food, and fellow shipping with his church family, bettering his community.

A Celebration of Life

A Celebration of Life for Terry Dean King will be held at their family acreage on July 16th, when family hopes more are able to safely gather together. In lieu of flowers or food, the family asks that memorials in the form of donations in honor of Terry be made to the Villisca Presbyterian Church.
Online Memory & Photo Sharing Event
Online Event
About this Event

Share Your Memory of
Terry
Upload Your Memory View All Memories
Be the first to upload a memory!
Share A Memory
Plant a Tree