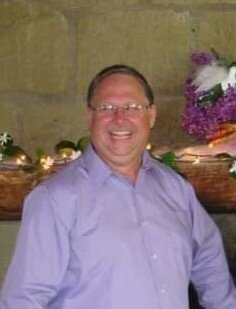 Please share a memory of Mark to include in a keepsake book for family and friends.
View Tribute Book

Mark Allen Foutch was born on November 9, 1959, to William and Eleanor (Barnes) Foutch in Omaha, NE. According to his mother, he was a wonderful baby and never cried. As he was growing up, they moved all over Iowa, but he graduated from Orient/Macksburg class of 1978. He passed away surrounded by his family and loved ones in Des Moines, IA at Methodist Hospital on December 16, 2021.

He loved to share stories with his kids and grandkids about growing up, working, and traveling with the carnival in his younger years, and about his first job freezing his butt off selling Christmas trees.

He made everyone he met feel important, whether he was at the gas station or at the hospital giving his candy to the staff. He loved his many hobbies, including the cows, pheasants, chickens, rabbits, and ducks that made his wind-up farm a special place he shared with his family. His saltwater tank was an icon in his home.

Mark worked as a truck driver, just a couple of years from retirement at the time of his passing. In his free time, Mark enjoyed spending time with his family, planting fruit trees, or perusing the fish stores with his grandkids, giving strong hugs, and offering many laughs.

Mark was known as the best grandpa ever by Robyn, Alexandra (Lexy), Jayden, Elyjah, Karly, Kash, Kinsley, and Kane.

He was preceded in death by his father, two brothers: Dennis Foutch and Robbie Potter, and three grandchildren; RJ, Dominick (Gus Gus), and Nathaniel.

Mark had a big heart and was loved by many. His memory will be everlasting.

Share Your Memory of
Mark
Upload Your Memory View All Memories
Be the first to upload a memory!
Share A Memory
Plant a Tree