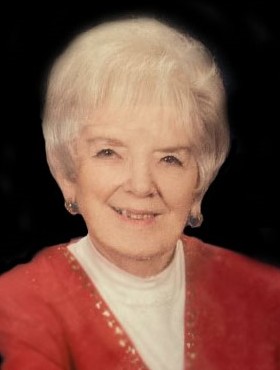 Please share a memory of Lorene to include in a keepsake book for family and friends.
View Tribute Book
Margaret “Lorene” Neal, Villisca, Iowa passed away February 23, 2021, at Montgomery County Memorial Hospital at the age of 100. Lorene as she is known by, was born in St. Joseph, Missouri on July 3, 1920, to Reed Bracket and Charlotte (Downing) Rainey. She grew up, attended, and graduated from high school in Savannah, Missouri. She then went on to Johnson School of Business in St. Joseph Missouri. Lorene was baptized in Savannah, Mo. at the Christian church in 1932, and later becoming a member of the Villisca Advent Christian Church in 1946, She served there as Sunday School teacher, secretary and elder. She also served as ladies mission group (WHFMS) president and treasurer and served on Missouri Valley Conference WHFMS as treasurer. After graduation from Johnson School of Business she worked for Missouri Employment Service/ War Manpower Commission in St. Joseph then going to Farmington at Maryville, Mo. On July 15, 1944, upon his return from service in the army in the European Theater of Operations she married Dennis Frederick Neal in Troy, Kansas. He served two more years stateside in Texas and Alabama, and then they returned to Villisca where they farmed for three years Just North of town. They had two children: Dennis Robert and Dana Kirk. Lorene was joint proprietors with Denny, Helen, and Yale Wright in the Helen-Lorene Shop in Villisca. Upon leaving the shop she was the school board Secretary, then was employed at the office of attorney Harold Bickford. She later became a partner with Denny in a real estate business retiring in 1983. Lorene was involved in many activities, the VFW Auxiliary, served as secretary, chaplain, and trustee, member of Chapter CH, PEO (Villisca) and served as treasurer and president, Volunteer Montgomery County Memorial hospital Auxiliary, Member of Montgomery County Memorial Hospital Foundation board, member of Progress Club and Literary Club and served as president of Literary. She also helped Denny (chairman of the Montgomery County Sesquicentennial committee for writing the county military history) prepare the history. She loved to read and travel, but she was very fond of her friends and church family, they meant so much to her. Lorene is preceded in death by her husband Denny on November 6, 1997, parents Charlotte and Reed Rainey, half-brother Donald Rainey, sister Mary Jane Boyer, baby Dennis Robert on Dec. 21, 1945 and son Dana Kirk on Feb. 5, 2006. She is survived by nieces, Vicki Lynn (Jack) Yarnell of Hurst Texas, Terri Jo GrayEagle of Villisca, Iowa, along with many other great-nieces, great-nephews, her dear to her heart in-laws, and many wonderful friends.
Thursday
4
March

Memorials can be made to the Advent Christian Church.
Online Memory & Photo Sharing Event
Online Event
About this Event

Share Your Memory of
Lorene
Upload Your Memory View All Memories
Be the first to upload a memory!
Share A Memory
Plant a Tree