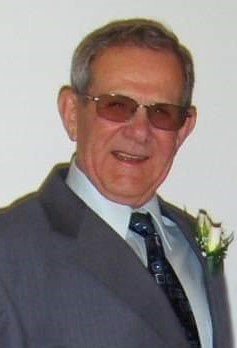 Please share a memory of Marvin to include in a keepsake book for family and friends.
View Tribute Book
Marvin Arnold Miers was born September 1, 1937 to Harold Ray and Tyla Hazel (Glass) Miers in Douglas township, Page County Iowa on the “home place” of his father and grandparents Manny and Urcella (Williams) Miers. He was the oldest of 6 children and first grandchild in the Miers and Glass families. He grew up there and attended the Johnson country school until moving to Clarinda to live with his grandmother and attend Clarinda Jr. High School his eighth-grade year. Marvin was called back to the family farm to help his father in his Sophomore year of high school and graduated from New Market High School with the class of 1957. Marvin married Jerrelynn Glasgo of Shenandoah, IA in 1959, together they had 4 children, Debbie, Steven, Melissa, and Richard. In 1986 he married Sharon Scroggs who passed in August 2006. And in 2008 he married his Junior High School sweetheart, Kay Ellen (Russell) Baker who passed in January 2019. Marvin is remembered as a hard worker by many. Some of the work that he did was custom farming and working at John Deere. He spent a total of 27 years working for the State of Iowa at first in maintenance and then as a corrections officer. Some of Marvin’s favorite pastimes were boating, camping, snowmobiling, hunting, and fishing. He did take his family on trips such as camping near the Pacific Ocean and lots of boating. One boating trip they share is being on a lake in Washington in 1980 when Mount St. Helens erupted. Preceding Marvin in death are his parents and infant brother, Robert Lee. Left to cherish his memory are his children Debbie (Rod) Goodwin, Steve (Tammi) Miers, Melissa (Joel) White, and Rich (Krista) Miers. Brother Darrell (Linda) Miers, sisters Donna Kelso, Marilyn Cabbage, and Diane Peterson. Stepchildren Theresa, Donna, Melinda, Lynn, Mike, and David. He also leaves grandchildren, great-grandchildren, nieces, and nephews…too many to count and loved by all.
Thursday
7
January

Memorials can be made to the Alzheimer Association - online donations can be made to https://www.alz.org/ or mailed to the following: Alzheimer's Association 225 N. Michigan Ave., Fl. 17, Chicago, IL 60601
Online Memory & Photo Sharing Event
Online Event
About this Event

Share Your Memory of
Marvin
Upload Your Memory View All Memories
Be the first to upload a memory!
Share A Memory
Plant a Tree