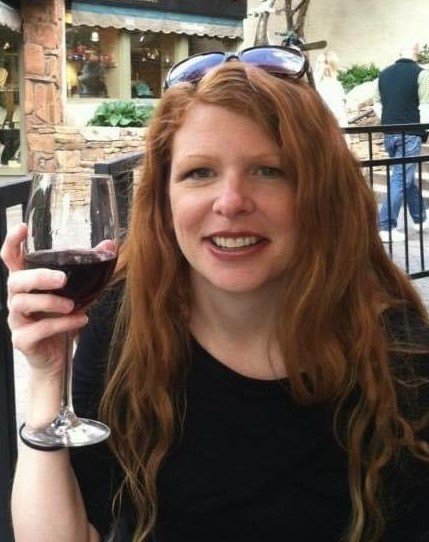 Please share a memory of Rhea to include in a keepsake book for family and friends.
View Tribute Book

Rhea was born on May 29, 1972, in New Orleans, LA to Dave and Linda Matthews. She lived in Slidell, and then Lacombe, LA until 1986 when she and her parents moved to St. Louis, MO.

In 2004, she met her husband to be, Heath Hedstrom, in Omaha, NE through mutual friends Duncan and Melinda Evans. Rhea and Heath dated long distance for a year. In December 2005, Heath proposed to her as she walked up the airport gangway at Eppley Airfield on her Christmas break visit. Heath moved Rhea up to Omaha in April of that year, and on July 8, 2006, they were married at the Monte Carlo Casino in Las Vegas, NV with over 50 friends and relatives in attendance.

Once in Omaha, Rhea taught 4th and then 5th grade at Black Elk Elementary, Millard, NE from 2006 to 2016, when she reluctantly had to retire due to her health.

Rhea was full of life and energy. She was creative, intelligent, caring, and strong. She enjoyed going on vacation with Heath, Auggie and Gunnar, and especially loved when those vacations were at the beach. She loved making jewelry and even started her own jewelry line, JewelRhea. Rhea really enjoyed showing and selling her creations online and at craft shows. She was a caring mother, wife, sister, daughter, and friend. Her contagious laughter, her deep consideration of others, her energy, her smile, her faith, and her love for her family will be greatly missed by all.

Rhea is preceded in death by her sister Angie Welker, Bloomington, IL.

Rhea asked for all memorial gifts to be given to a college fund for Auggie and Gunnar. You can give by check or online at https://give.church/wn3n90t/give. Designate “Rhea Hedstrom Memorial” as the fund you are giving to.

We will be live-streaming the service at the funeral home starting at 2 pm. Click on our homepage and go to the right side and select webcast to watch.
Online Memory & Photo Sharing Event
Online Event
About this Event

Share Your Memory of
Rhea
Upload Your Memory View All Memories
Be the first to upload a memory!
Share A Memory
Plant a Tree