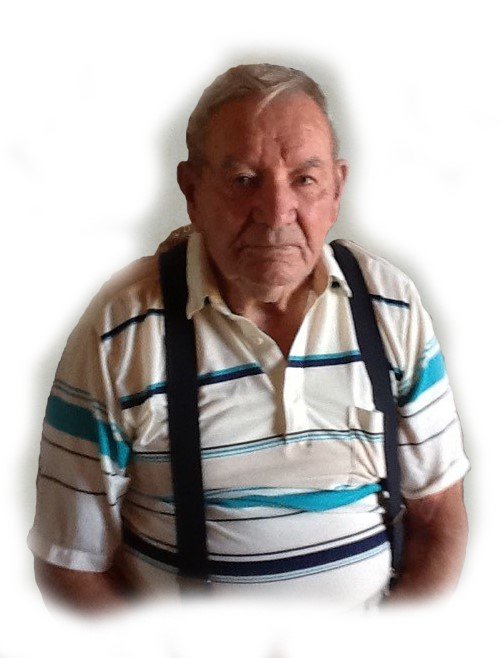 Please share a memory of Kenneth to include in a keepsake book for family and friends.
View Tribute Book
Kenneth Jarman Kernen passed away early Monday morning on December 23rd at the Good Samaritan Society in Villisca at the age of 95. He attended school in Villisca and graduated with the class of 1942. Three years later, he married Jean Graham on May 27th 1945, and they enjoyed 55 wonderful years of marriage together. Kenneth and Jean loved to spend their winters is Arizona. After Jean’s passing in 2000, Kenny continued to travel to Arizona until moving to assisted living in 2014. Kenny spent his entire life farming -- even after “retiring”. His knowledge and expertise for farming was evident early on as he was awarded the Montgomery County Outstanding Young Farmer of the Year award. He later earned the title of “Master Iowa Pork Producer”. Kenny was a character. You always knew what Kenny was thinking because he was never afraid to tell you. You always knew where you stood with him. Kenny loved sports. He always had the TV turned on to a game. It didn’t matter what the sport was, Kenny just loved the excitement of it all. He was also an avid Bridge player -- duplicate bridge to be exact. Kenny played every Wednesday and Thursday with his Bridge Club friends and anytime anyone else was willing to play a hand or two. He loved playing bridge so much, he moved to Omaha just to be closer to his Bridge Club. Kenny is preceded in death by his parents Henry and Mary Kernen, wife Jean, and sister Dorothe Johnson. Left to honor his memory are his brother Junior Kernen, three sons David (Lenora) of Ankeny, IA., Gary (Joanne) of Buffalo, NY. and John (Denise) of Villisca, IA., 11 grandchildren, 21 great-grandchildren, and 1 great-great-grandchild. In lieu of flowers, please send memorials to the Villisca Good Samaritan Society or Villisca Fire and Rescue.
Friday
27
December

Share Your Memory of
Kenneth
Upload Your Memory View All Memories
Be the first to upload a memory!
Share A Memory
Plant a Tree