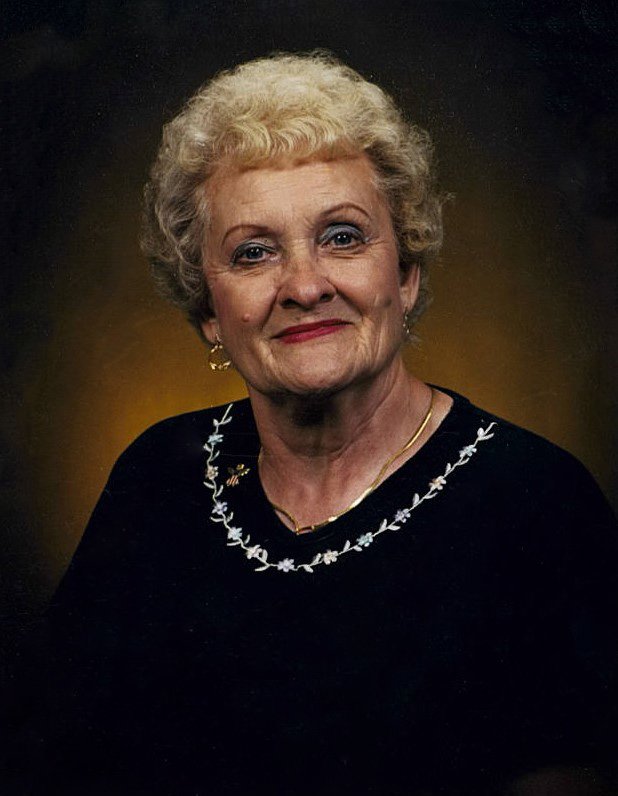 Obituary of Virginia May Haley

Please share a memory of Virginia to include in a keepsake book for family and friends.
View Tribute Book

Virginia was born to Carl F and Emma P (Harmsen) Wiechman.  She was raised near Lincoln Center and attended Lincoln Center country school through the 8th grade.  Virginia moved to Corning Iowa and went to work for May Otto as a waitress in The Coffee Shoppe.

On August 28, 1955 Virginia married Floyd E Haley at Nodaway Presbyterian Church.  To this union two sons were born.  Gary Steven in 1956 and Terry William in 1959.  After getting married Floyd and Virginia lived in Nodaway, Iowa and she worked for a short time at Eveready in Red Oak, Iowa.  Later she was a stay at home mom when Floyd went to work as a crane operator for Hobe Construction of Sioux City, Iowa building interstates 29,35 and 80.  They moved several times  Floyd worked in South Dakota on interstate 90 before returning to Nodaway, Iowa to work for Adams County Maintenance Department at Corning, Iowa while Virginia returned to work as a waitress at the Coffee Shoppe until it closed.  She then went to work at the Adams County Courthouse retiring in 1983.  Virginia lived at Villisca Housing Authority and Villisca Good Samaritan Center.

Virginia and Floyd camped and traveled all over the United States.  Virginia loved to garden and had large flower and vegetable gardens and canned everything imaginable.  She always entered her fruit, vegetables and flowers in the Nodaway Corn Carnival gardening contest.  Virginia served on the Nodaway City Council and volunteered at the Nodaway Fire Department Bingo Hall for Several Years and Volunteered at the Good Samaritan Center in Villisca helping fix hair for the residents.  Additionally, Virginia crocheted and after Floyd’s death she made many name crochet doilies and sold them all over the United States and overseas.  Virginia loved to listen to country music and attended many country western jam sessions where she liked to dance.

Share Your Memory of
Virginia
Upload Your Memory View All Memories
Be the first to upload a memory!
Share A Memory
Plant a Tree