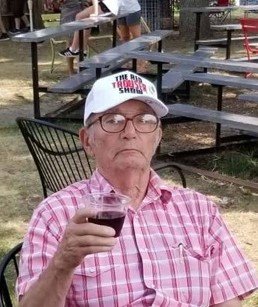 Memorial services for William “Bill” Victor of Villisca will at a later date.

William Samuel Victor was born August 31, 1940, in Villisca Florence (Sis) Victor and Malchom (Bus) Victor.  He attended school in Villisca and graduated in 1959. While in school he was active in the Drama Club, Boys’ Glee Club and other activities.  He was a member of 4H.  He showed shorthorn cattle for himself and later for the Lomas Farms.  He went to the Kansas City Royals, Aksarben, and Denver, Colorado.

After graduating Bill served in the US Air Force from 1959 to 1964 then started working under an Air Force contract on the USNS Huntsville for NASA until 1973. During this period, he was present on the ship that was involved in all the Apollo space shots.

In 1967 Bill married Patricia A. Haley.  Their family was their foster and neighborhood children.

Bill and Pat moved back to Iowa in 1973.  He went to work for Genie from 1973 to 1974 then started work with Uniroyal which became Parker-Hannifin retiring in 2003.  During his retirement he enjoyed farming and being outdoors.

Share Your Memory of
Bill
Upload Your Memory View All Memories
Be the first to upload a memory!
Share A Memory
Plant a Tree