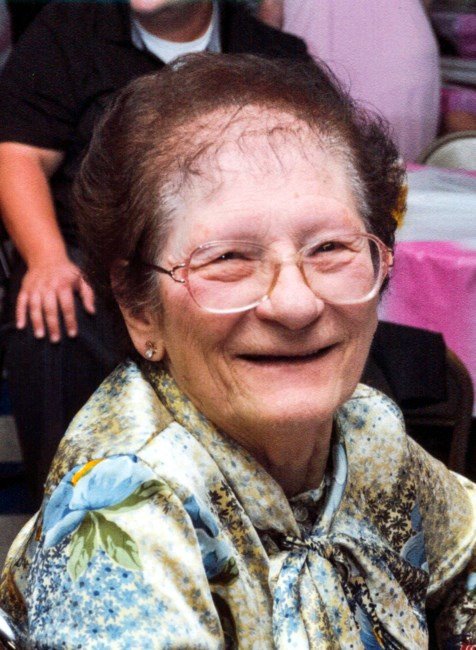 Arlene M. Reigle 90, of Lebanon, passed away on Wednesday, April 17, 2019 in the Wellspan Good Samaritan Hospital. She was born in Bellegrove, PA. on May 7, 1928, a daughter of the late John A. and E. Ruth Blair Walborn. Arlene was the wife of the late Ivan A. Sobbing, Raymond S. Bohr and George H. Reigle. Mrs. Reigle was retired from Cedar Haven where she had worked in the kitchen. She was a soldier in the Salvation Army where she joined in February 27, 1983; Home League Chaplain in February 11, 1996 and Women’s Fellowship. She was a member of the Hershey Community Chorus in September 25, 1989. Surviving are her children: Barbara Maurer of Jonestown; Joseph I, husband of Karen Sobbing, Chesterfield, VA; Sharon M, wife of George Polarek, Myrtle Beach, S.C; Simon J, husband of Pamela Bohr, West Lebanon; Candice, wife of Edward Highfield, Lebanon; Kimberly, wife of Drew Evanoff, Harrisburg; nine grandchildren; fifteen great grandchildren; seven great great grandchildren; many nieces and nephews. Arlene was predeceased by her daughter: Josephine Roxanne Bohr; grandchildren: Anna (Susie) Kelley; Ivan Sobbing and Tina Marie Sobbing; brothers: Arthur and Earnest Ray Walborn; sisters: Eva Hummel and Edith Walborn. A funeral service will be held in the Rohland Funeral Home Inc. on Wednesday, April 25, 2019 at 11:00AM with a viewing from 10:00AM until the time of the service. There will be an evening viewing on Tuesday from 7:00PM – 9:00PM in the funeral home. Interment will be in Shearer Cemetery, Braddyville, IA. Contributions may be made in Arlene’s memory to the Salvation Army, 1031 Guilford St, Lebanon, PA, 17046.

Share Your Memory of
Arlene
Upload Your Memory View All Memories
Be the first to upload a memory!
Share A Memory
Plant a Tree