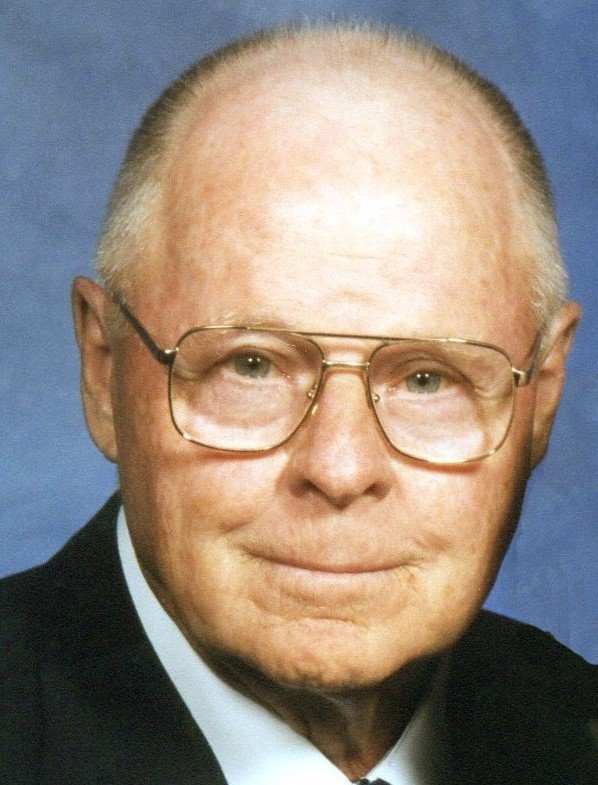 Elbert L. was born August 26, 1919 to Elbert and Bertie (Jones) Cline in Fall Branch, TN. He had three siblings Stella, Don and Anna.  His father died at a very young age and in 1925 the family came to Clarinda to settle down.  Elbert’s mother remarried on Aug. 8, 1926 to Jacob Thompson.

Elbert joined the National Guard at a young age then enlisting in the United States Army February 10, 1941.  He served in US Army with the Anti-tankers of 168th Regiment, 34th Division and the 5th Army.  He was captured and wounded in a battle in North Africa on Feb 17, 1943 northwest of Sibouzid by the German Army. He escaped from a POW train in Italy in March of 1943. While serving he received several honors: Good Conduct Metal, Purple Heart, American Defense Service Ribbon, European African Middle Eastern Theater Ribbon, 3 Bronze Battle Stars and 4 Overseas Service Bars.  He was honorably discharged on August 16, 1945.

Elbert married Doris August 13, 1944 in Troy, Kansas while he was serving in the Army.  To their union they were blessed with a daughter Sue Ann.  Elbert was a lifelong member of the First United Methodist Church.  His hobbies included coin collecting and golfing, wherein he achieved success as well as great joy.

Left to cherish his memory is his daughter Sue Ann (Andy) Higgins of Clarinda, Iowa; many nieces and nephews.

Services for Elbert will be held at Walker-Merrick-Eickemeyer Funeral Chapel Tuesday, March 19, 2019 at 10am with burial to follow at the Clarinda Cemetery. Visitation is on Monday, March 18, 2019 from 5 to 7pm. Memorials to family choice.

Please join the family for refreshments and fellowship following the interment at Walker-Merrick-Eickemeyer Funeral Chapel in the lunchroom.

Share Your Memory of
Elbert
Upload Your Memory View All Memories
Be the first to upload a memory!
Share A Memory
Plant a Tree