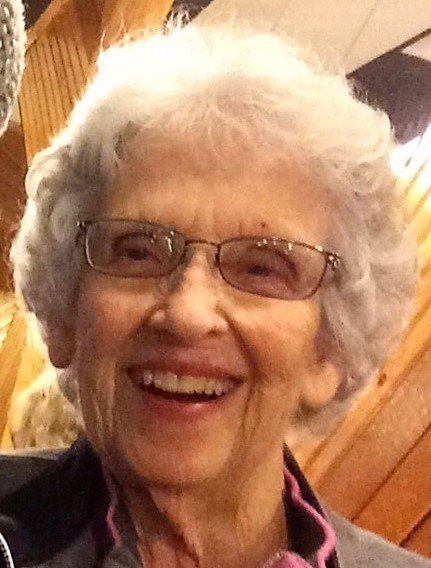 Janet Elaine (Williams) Buch was born March 7, 1935 at Nodaway, Iowa to Carl and Emma (Vogel) Williams and she died Monday, December 10, 2018 at Clarinda, Iowa.
Janet was a 1953 graduate of Braddyville High School. On May 1, 1955 she married Raymond Buch at Immanuel Lutheran Church, rural Clarinda. From the time of their marriage until her death she has lived on the family farm northwest of Clarinda.

Janet loved to do scrapbooking for her grandchildren and other hand crafts.

She was preceded in death by husband Raymond; parents; all of her siblings; and two granddaughters, Kelsey Buch and Kortnee Buch.

There is open visitation Friday at Walker-Merrick-Eickemeyer Funeral Chapel 10 until 5 p.m.

Share Your Memory of
Janet
Upload Your Memory View All Memories
Be the first to upload a memory!
Share A Memory
Plant a Tree