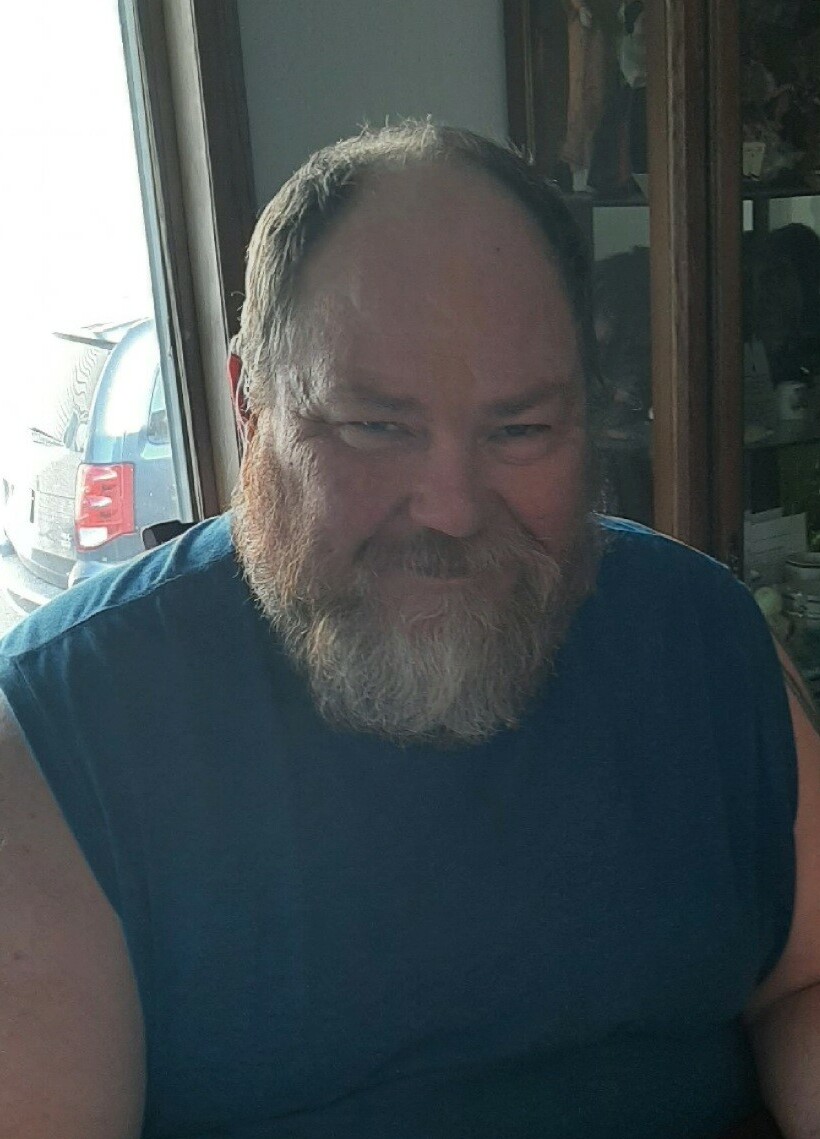 Please share a memory of Vernon to include in a keepsake book for family and friends.
View Tribute Book

Vern is survived by his wife of 30 years Janeen, parents Bob and Dora Hall, sister Shantel Hall, and his children Nichole O’Briant, Jesse O’Briant and fiancé Brooke Messer, Kirstin Hall, Jimmy Guy, Jeremiah Burton and wife Nicole, bonus daughter Crystal O’Briant, 10 Grandchildren and 1 Great Granddaughter.  There are many, many more kids that he loved and cared for that consider him Dad. He left behind many other relatives, friends, and coworkers.  He also had 2 wonderful dogs waiting for him when he left this world.

He lived most of his childhood just outside of Bedford, Iowa, spending a lot of time with aunt, uncles, cousins, and grandparents. He also had a lot of stories to tell about camping with his family. When he hit his teenage years, he got a little wild, but mostly stayed out of trouble. He graduated from Bedford High School with the class of 1983. After that, he decided to travel a little and ended up living in Colorado and Montana for a short period. After trying several different jobs, he settled on factory work. That’s when he met Janeen and decided to take on a ready-made family at the ripe old age of 23. He decided maybe factory work wasn’t for him, so he graduated from college twice, with an associate degree in Auto Body and Auto Mechanics. After working in those fields for a few years he ended up working for an egg laying facility and that’s the type of work he stayed with, working his way up from the lowest position to Maintenance, truck driver, equipment operator and Manure crew.

Hobbies and favorites: family, motorcycles, shooting pool, and he also drove a Hobby stock car for a couple of years until an injury took him out. He was a great cook and loved to BBQ and smoke meat, it didn’t matter if it was just for him and Janeen or for the whole tribe. He also made the best breakfast burritos of all time. He didn’t have time to pass down his recipe, but the Grandsons (with the help of Grandma) will figure it out. He was also a lifelong Cubs fan, so he was ecstatic when they won the world series in 2016. Go Cubs!

Share Your Memory of
Vernon
Upload Your Memory View All Memories
Be the first to upload a memory!
Share A Memory
Plant a Tree