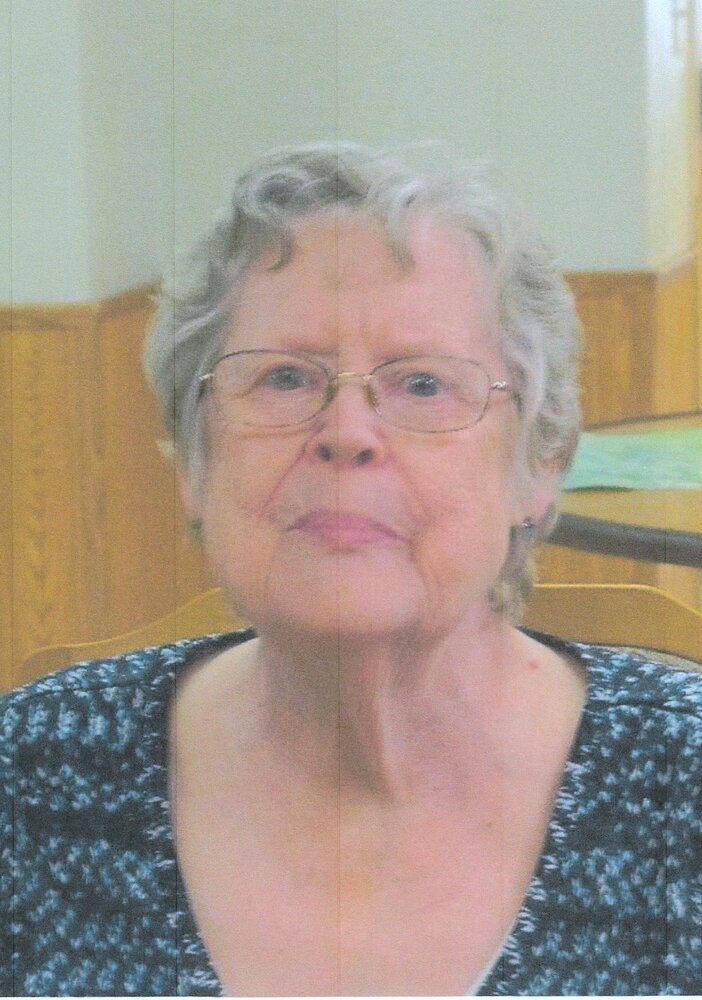 Please share a memory of Sandra to include in a keepsake book for family and friends.
View Tribute Book

Sandra Janette McMichael was born October 7th, 1941, to Russell and Bertha Mae McMichael in Red Oak, Iowa at the then new Montgomery County Hospital. She was one of the first 10 babies born there, so a tree was planted in her honor. She was greeted at home by an older sister, Karen. Together, they would welcome a brother named William.

Sandy attended Red Oak community schools until her junior year, when Bertha Mae got remarried to Alvie Kempton and moved them to Tabor, Iowa. Sandy then attended Fremont Mills High School. She soon met Stevens Spencer, and he asked her for a date. When Sandy told her mother she had a date, Alvie said, “I hope it’s not that Spencer Boy!” After graduation, Sandy was put on a bus to North Omaha, where she attended secretarial school. She stayed in a boarding house run by a lovely lady named Wumsetta. Sandy never forgot about her kindness.

Sandy got a job at Jones Company in downtown Omaha. A few days before her wedding to Stevens Spencer, her mother Bertha Mae gave birth to another son, Michael, and had to attend the wedding in a wheelchair. Sandy married Stevens Spencer in Tabor, Iowa. A year later they had their first child, Teri Jo. They built a new home in Bellevue, Nebraska.

While Sandy was pregnant with the couple’s second child when she finally learned to drive a car. They were soon blessed by another girl, Cheryl Kay. A few years later, Sandy was widowed when Steve was in a motorcycle accident. After a short period of time, Sandy moved her small family back to her hometown, Red Oak, Iowa. She then started working in the accounting department at Murphy’s calendar factory. A friend set Sandy up on a blind date, which lead to her marriage to Harold Hedstrom of Villisca, Iowa. They moved to a farm north of Villisca. She was a “city girl” but she jumped into being a farmer’s wife with both feet. The family soon welcomed a baby boy named Heath.

Sandy decided to start a garden for the first time. She purchased a pound-yes, a pound, of green bean seeds. After Teri Jo and Cheryl had planted what seemed like a million rows of beans, they decided to dig a hole and hide the rest of the seeds in a pile, it seemed like a good idea to a 9- and 7-year-old. Sandy tried raising chickens, but she could not bring herself to kill them, so her mother-in-law, Esther, stepped in to lend a hand or a foot. She would step on them and pull the heads off. Sandy learned to can vegetables and freeze sweet corn. She was so proud and was heard to say, “I did this, and I can feed my family”.

Sandy joined the neighborhood women’s club, so she could get to know the neighbors. She was a stay-at-home mom until Heath was in school. She got a job in Corning at Easy Heat. After a few years, she left and went to Romech in Red Oak, Iowa and retired from there.

Share Your Memory of
Sandra
Upload Your Memory View All Memories
Be the first to upload a memory!
Share A Memory
Plant a Tree