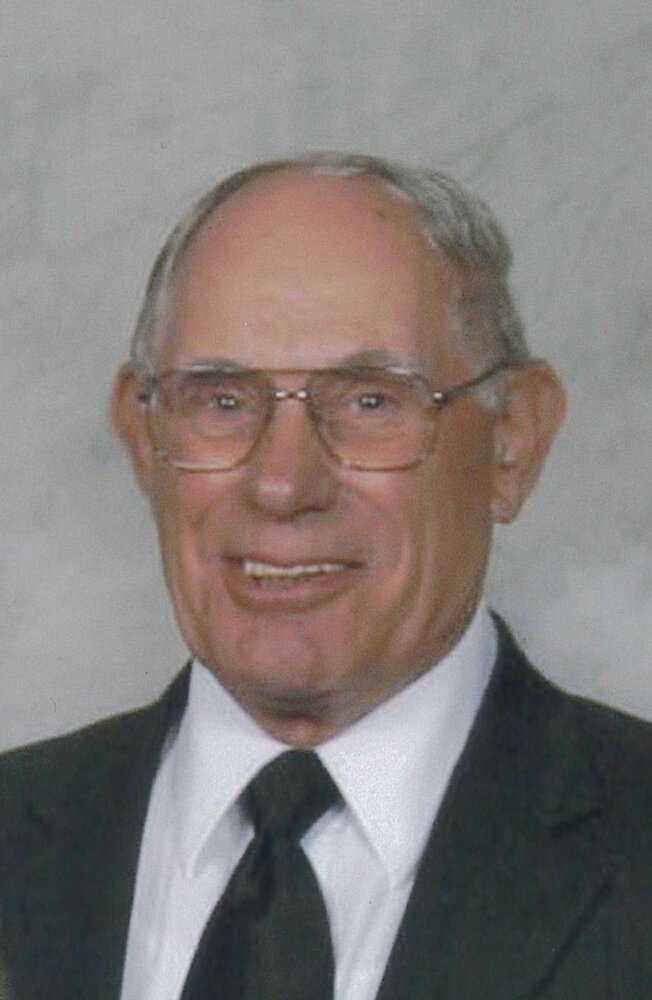 Please share a memory of Virgil to include in a keepsake book for family and friends.
View Tribute Book

Virgil D. Briggs, formerly of Clarinda, IA, was born September 24, 1935, in Taylor County, the son of David Lee and Lucile Marie (Heuer) Briggs.  He passed away on January 1, 2023, at the Oak Pointe Living Center in Maryville, MO.

He grew up attending Gravity school and graduated from there in 1954.  He married Shirley Moore on June 6, 1954, and they were married 60 years before his wife’s passing on July 15, 2014.  They resided in Bedford their first few years of marriage, while Virgil worked for a farmer and at a gas station in Bedford, IA.; he also worked for 2 years at New Market school as a custodian.  During that time, they had 3 children: Randy, Ricky, and Kay.

In 1962, they moved to Clarinda, where they resided.  Virgil worked for Lange’s Dairy for a few years as a truck driver delivering milk to surrounding schools and businesses; then in 1968 he worked as a parts manager and salesman for J.I. Case for over 25 Years in Clarinda, after his retirement he went back to work for NSK for over 10 years.  After retiring for paying jobs, he volunteered mowing for Maple Grove Cemetery at Guss for over 15 years, assisted by brother Ed and Cousin Bob Briggs.  Virgil and Shirley served on the Guss Cemetery board many years.

The Briggs family moved to Clarinda after Meryl Eberly (Coach for A’s) convinced Virgil to play for the Clarinda A’s.  Virgil played baseball for Gravity school for 4 years, and then the Nodaway league for about 4 years until playing for the A’s for 12 years; retiring from his baseball career in 1972.  His history of baseball included playing with his big brother Ed for many years.  Virgil was known for his pitching throughout SW Iowa. He was inducted into the Clarinda A’s Baseball Hall of Fame in 1985.  After ending his baseball career, Virgil and Shirley took many trips to St. Louis Cardinals with his children and grandchildren, plus his brother Ed and wife Evelyn.  Virgil enjoyed watching the Cardinals baseball and Iowa Hawkeye football games since childhood and watched the games until his passing.

Share Your Memory of
Virgil
Upload Your Memory View All Memories
Be the first to upload a memory!
Share A Memory
Plant a Tree