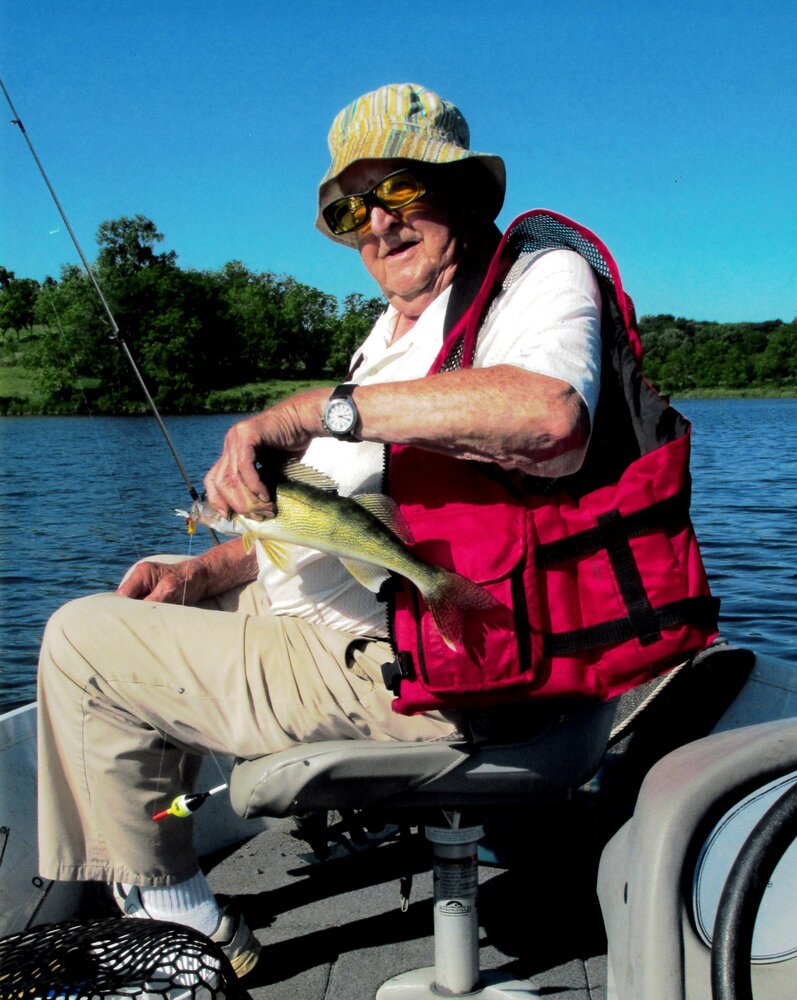 Please share a memory of Robert to include in a keepsake book for family and friends.
View Tribute Book

Robert Dean Spangler was born June 9, 1927, in Elmo, Mo., to James Robert and Audrey Grace (Broyles) Spangler.  He was educated at Farquhar country school and then attended and graduated high school from College Springs. Robert worked on the family farm, then went to South Dakota in the harvest fields for four years.

July 16, 1949, he married Arlene Burton, and to their union two children were born, Audrey Ann and James Oliver. He ran produce routes until he was drafted by the US Army.

Robert served in the US Army during the Korean War from 1952 to 1954 for 16 months on the Russian border. In 1953, he attended the Signal Corp School to become a Radio Operator. He received the National Defense Service Medal, and American Occupational Medal in Germany. After the service, Bob went to school and became a printer, operator, and machinist for 19 years at Creston News Advertiser.

After a while, they moved to an acreage in Kent and there, he became the mayor until he got a job with the Postal Service.  He was there for 7 years then was moved to Manilla and worked there for 12 years at the Post Office, retiring to take care of Arlene.  Arlene passed away May 2, 1997.  In 1998 Robert married Arlene’s best friend Billie Park.

Bob loved music; his favorite song is “He Stopped Loving Her Today” by George Jones.  He also enjoyed reading and playing cards and when he was able, he liked cutting wood for the fireplace.  Bob enjoyed fishing and going to Minnesota and staying at the Cabin and enjoying the wildlife.

Bob was preceded in death by his wife Arlene, his 2nd wife Billie, his parents and stepson Steve Park.

Share Your Memory of
Robert
Upload Your Memory View All Memories
Be the first to upload a memory!
Share A Memory
Plant a Tree