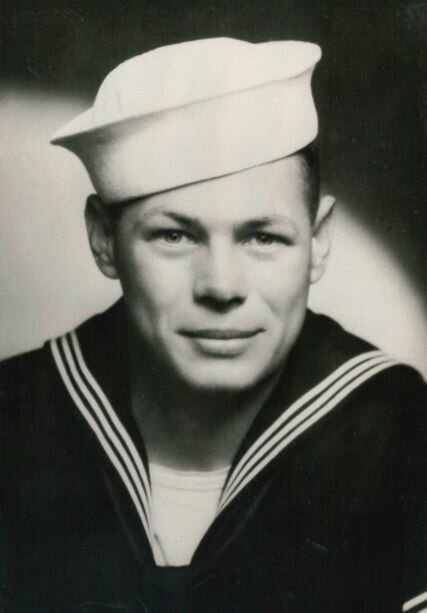 Please share a memory of Glen to include in a keepsake book for family and friends.
View Tribute Book

Glen had a love of working on cars, he would rather work on old vehicles then milking cows.  So, his mother Opal usually milked the cows.

Glen liked to tell the story of how he was drafted into the Navy during the Korean Conflict.  He was drafted in November 1951 and given 2 weeks to join any branch, or he would be sent to the US Army.  He said they showed short military movies of what the troops were doing in Korea, and it showed the Army laying in foxholes in the freezing cold, so he ran down and joined the US Navy.  Glen enjoyed 4 years of service going overseas to Korea and Japan just to name a few, but he loved to talk about his time aboard the Battleship USS Lyman K. Swenson.  Later, his nephew Randy Blanchard, (USAF) kept him supplied in Naval caps and Navy tire valve stem caps which he was proud to show off.  Glen was honorably discharged in Oct. 1955, and upon returning home from service Glen returned to the profession he would work in the rest of his life, being a mechanic.  He started working at different garages fixing cars. Glen eventually moved on to fixing the heavy equipment for construction crews putting the Eisenhower Tunnel through the mountains of Colorado.  He made sure all the trucks and equipment ran for the electrical power crews as they put up the new poles or towers.  Glen liked working outside the best, especially in a garage.

Can be made to the Wounded Warrior Project. https://support.woundedwarriorproject.org/Default.aspx?tsid=11585&ovr_acv_id=12177&campaignSource=ONLINE&source=BS20046AAABRX&gclid=EAIaIQobChMIjZmp3Pfq-wIVehXUAR06lA9iEAAYASABEgL0__D_BwE&gclsrc=aw.ds&fbclid=IwAR3Yr1hyEUx7ggIhYqpkDMcc-4vWSni8JenscfYeXBqqqoFJm-Vu-Rh-8UM
Online Memory & Photo Sharing Event
Online Event
About this Event

Share Your Memory of
Glen
Upload Your Memory View All Memories
Be the first to upload a memory!
Share A Memory
Plant a Tree