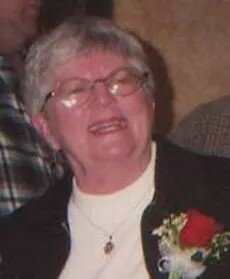 Please share a memory of Janet to include in a keepsake book for family and friends.
View Tribute Book

Janet Maxine (Means) Dever, 82, of Sherman, passed away on Saturday, September 3, 2022, at Country Lane Memory Care in Riverton, IL. Janet was born on June 26, 1940, in Villisca, IA., the daughter of Neil and Florence (Larson) Means. She graduated from Villisca Community High School in 1957 and went on to attend Northwest Missouri State. She attended Riverton United Methodist Church as well as Bissell Methodist Church. Janet worked for the Riverton Community High School as a secretary before retiring. She enjoyed spending time with her family, especially her granddaughter, and loved traveling across the United States and Europe. Janet lived in 11 different places throughout America and loved experiencing the different cultures, especially in California, but her heart was always in Southwest Iowa. She is preceded in death by her husbands; Bill Dever and Sam Carmichael; and one son, Shawn Carmichael. Janet is survived by her brother; Robert (Kathleen) Means, of Grandlake, CO.; sons Michael (Claire) Carmichael of Sherman, IL; Patrick (Nina) Carmichael of Cool, CA.; Kelly (Lisa) Carmichael of St. John, IN, granddaughter, Anne Carmichael, of St. John, IN.; and brother-in-law, Dale (Nancy) Carmichael of Corning, IA.