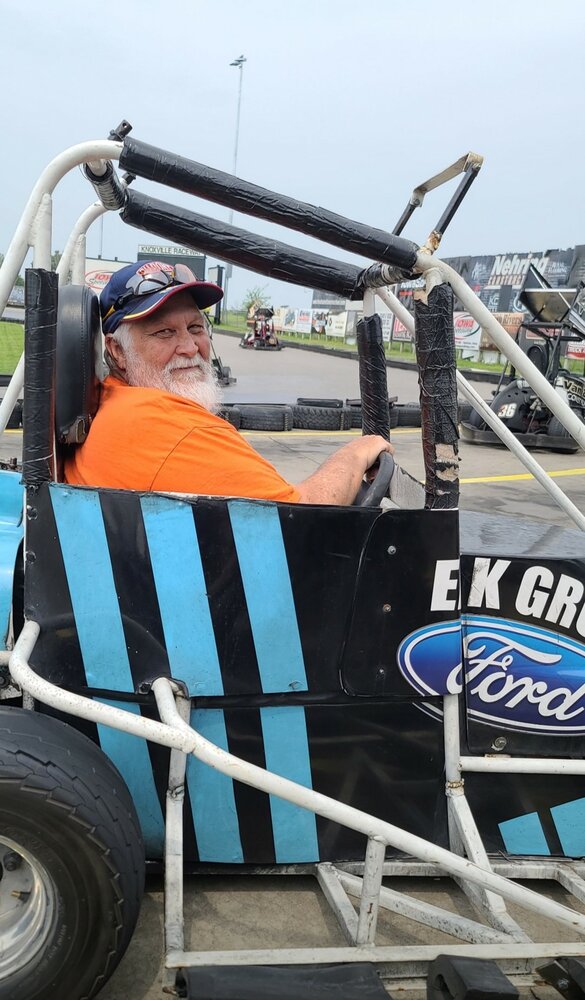 Please share a memory of Kevin to include in a keepsake book for family and friends.
View Tribute Book

Kevin was born and raised in Clarinda, IA on September 2, 1959, to Charlotte and Ray Newberg, and later welcome his brother Ken.  He graduated from Clarinda High School in 1978.  Kevin was on the wrestling, football, track, and swim teams.  Kevin was married to Charlene Orr in Clarinda, Iowa on April 11, 1980, to this union they had 4 children.

Kevin had worked in factories, but found his love for trucking.  His goal of owning his own semi was accomplished.   Kevin’s wife and children have many fond memories of going over the road with him.  He is known to all his trucking friends as “Slow Poke”.

He got his love for racing from his mom and dad.  Kevin also passed that passion on to his children and grandchildren.  If you were looking for Kevin on a weekend, you should look at the racetrack.   Some of Kevin’s friends mentioned his smile, orneriness, and need for speed.  He loved sports cars, Chicago Bears, St Louis Cardinals, Omaha Lancers, Iowa Hawkeyes, SWV Timberwolves, Gretna Dragons, and BLRD Wolverines.  We enjoyed going boating and camping.  Kevin was very big on water-skiing, whereas the children preferred tubing.  One of Kevin’s other great joys was spending time with family.  They made many trips to Florida and other locations.  When you would go to events with Kevin, you never knew how long you would be gone because he would talk to everyone.  He enjoyed watching all the kids and grandkids participate in their sporting events.  At the drop of a hat, he would be at a child or grandchild’s sporting event, ready to cheer for the kids and holler at the refs.  One of his greatest regrets is not being here to attending their events and watch them grow into adulthood.    Kevin loved to help with grandkids by driving them around to events or teaching them how to drive.  Kevin also loved animals and would often surprise his wife with new pets.  He enjoyed taking the animals for rides and buying them ice cream.

Share Your Memory of
Kevin
Upload Your Memory View All Memories
Be the first to upload a memory!
Share A Memory
Plant a Tree