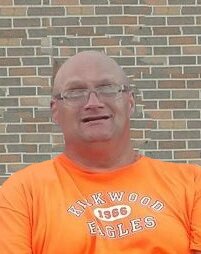 Please share a memory of Clayton to include in a keepsake book for family and friends.
View Tribute Book

Clayton Elmer Grashorn, 48, passed away suddenly in his home in College Springs, Iowa on Tuesday, June 21, 2022. He was born on April 26, 1974, in Red Oak, Iowa to Elmer and Catherine (Moser) Grashorn. He was the youngest of their 8 children.

He attended school in New Market until his high school years, which he attended in Clarinda. Clayton was very active, and participated in many sports including basketball, football, and wrestling. He attended state events for wrestling and football multiple times, representing Clarinda until his graduation in 1992. Clayton also attended Southwestern Community College for 2 years, receiving an associate degree for Auto Body Tech.

Clayton spent most of his time working different jobs to provide for his family, helping with the family farm, and raising his 4 children. He loved watching football and having a drink with his friends. He was easygoing and down to earth and had many friends who liked him. Clayton could be stubborn but fair and always did what he thought was best.

He is preceded in death by his infant son Zachary Grashorn, as well as both of his parents Elmer and Catherine Grashorn, brother, Bernard Grashorn, and sisters Margaret Grashorn and Pamela Grashorn-Hedlund.

Share Your Memory of
Clayton
Upload Your Memory View All Memories
Be the first to upload a memory!
Share A Memory
Plant a Tree