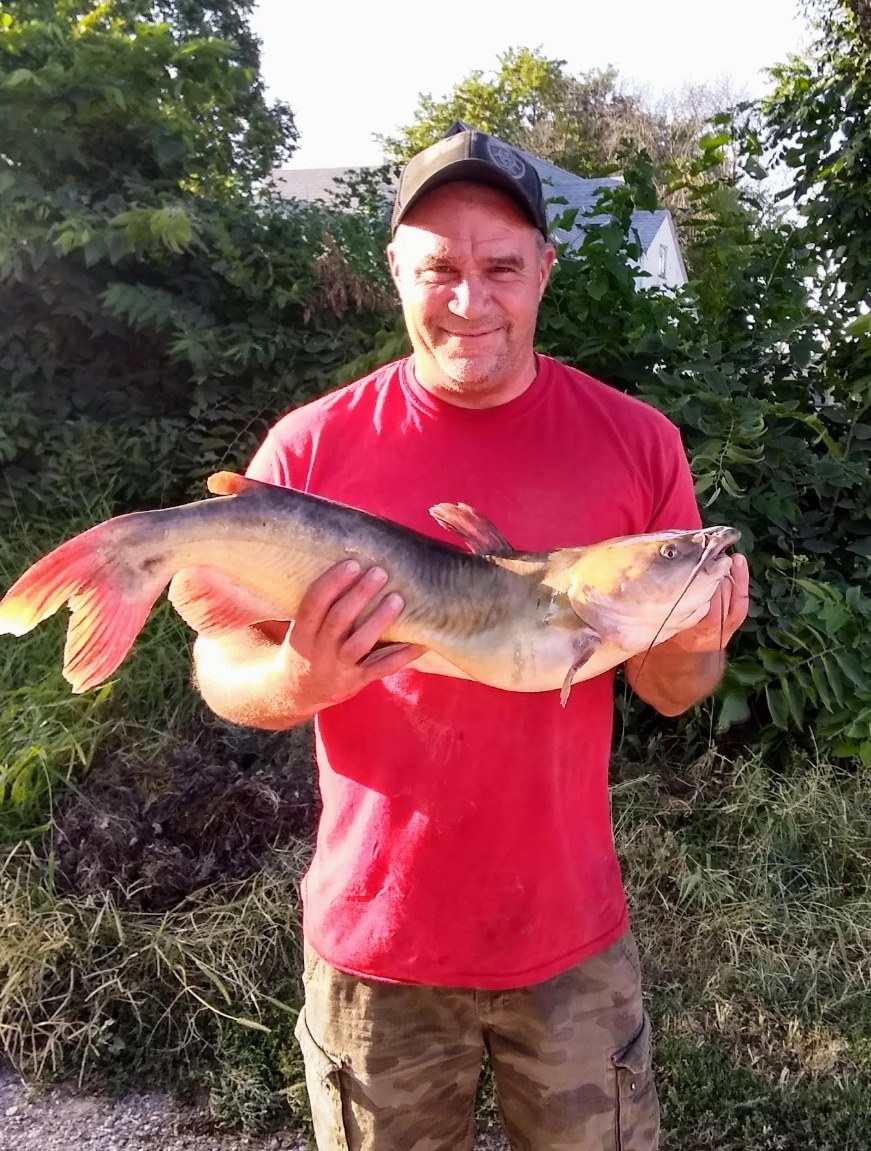 Please share a memory of Jason to include in a keepsake book for family and friends.
View Tribute Book

He lived in Red Oak until he turned 17 then moved in with his grandparents, Ronald and Anita Figgins near Nodaway, Iowa.  He attended school and then graduated from Corning High School in 1991.

Jason then married Candi Potter-Woods in 1996, and they had Austin Woods on August 5, 1996. They parted ways, and he later met Ashley Woodman in 2011.  While they were living in Humboldt, Iowa, they had Kylee Joe on October 29, 2013.   In the summer of 2019, he moved to Villisca, Iowa. On March 24, 2020, Reid Donald Woods was born. In 2021, he moved in with his cousin, Chantel Simmons. Working in construction doing concrete is what he had done most of his life and was very passionate about it. He went fishing a lot with his little cousins, Kailee, and Otto was very “hooked” on it.  Fishing was his favorite thing to do. He belonged to the Advent Christian Church; and he loved everyone there, they were like his 2nd family.

Jason was a very loving, caring, compassionate person, and always knew how to make you laugh. He could cheer anyone up just by laughing, he laughed like no one else.

Preceding him in death were his grandparents, Anita and Ronald Figgins, his father Donnie Woods, and mother Lola Figgins Woods Babiak and Cousin Kyle Konz.

Share Your Memory of
Jason
Upload Your Memory View All Memories
Be the first to upload a memory!
Share A Memory
Plant a Tree