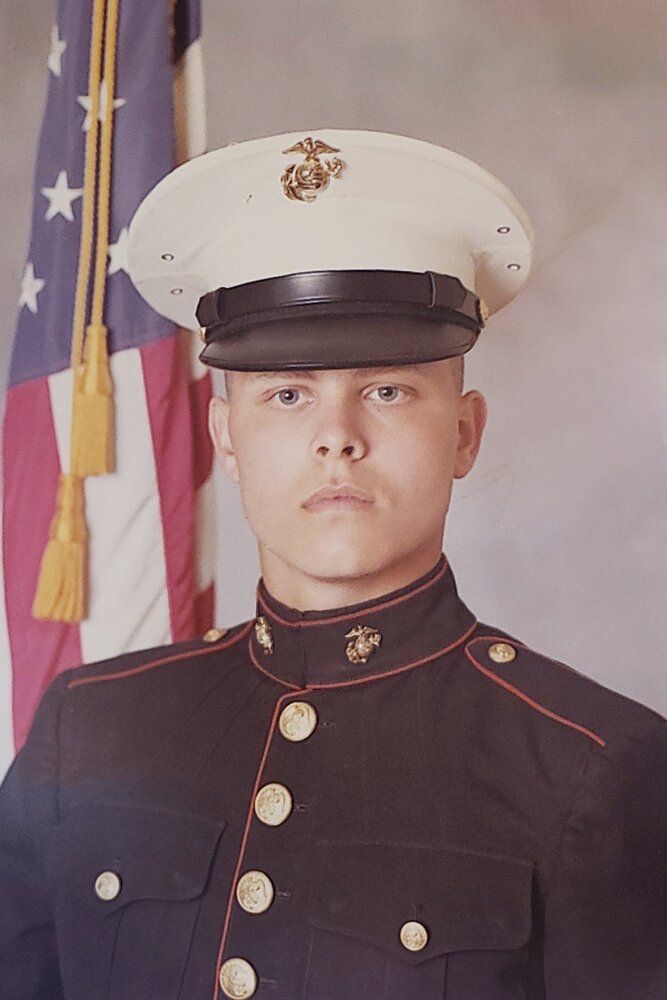 Please share a memory of Larry to include in a keepsake book for family and friends.
View Tribute Book

He grew up in Page Center and attended the Clarinda Schools. Larry served his country honorably as
a Marine from 1975-1979. Upon his return to Clarinda, he began working for NSK Corporation, where he
worked for almost 30 years.

He met and married Anita (Lininger) Whited, and for almost 25 years, they lived in Clarinda and
raised their two children together.  Larry was a LOUD and proud supporter of both his kids, he
never missed an event, no matter the circumstances. Larry laid a strong foundation for his kids by
providing all the resources and opportunities necessary for them to be successful. He taught them
the value of hard work, and was the best dad he knew how to be for many years.

Larry was a huge Bears and Chiefs fan, and loved a good action movie. He had several outdoor
hobbies including catfishing, raccoon hunting, and trapping. He was meticulous about his lawn and
spent what probably amounts to a few good years of his life in 3rd gear on a red Snapper mower,
working on his tan.

Larry later met Donna Booher and moved to Bedford. They spent the last 15 years building a life
together. She undoubtedly extended the quality of his life in the last few years.

In addition to his parents James and Mary (Preeo) Whited, Larry is preceded in death by his
brother, James “Jimmy” Whited, Jr.

There is no visitation planned.