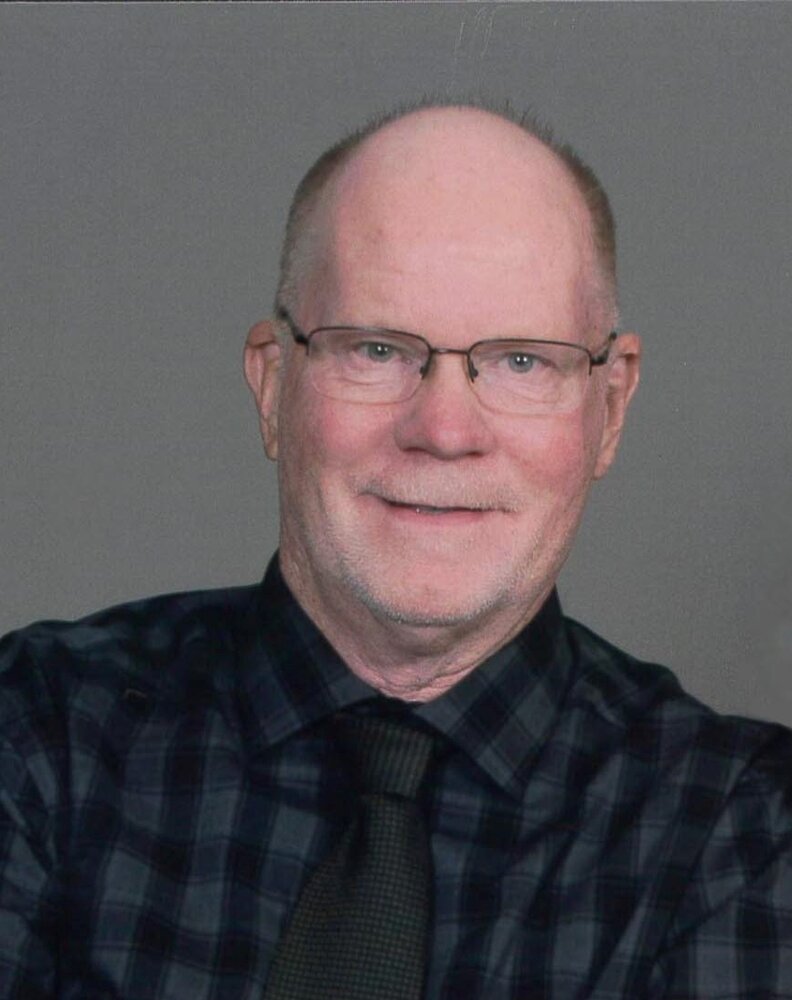 Please share a memory of Kevin to include in a keepsake book for family and friends.
View Tribute Book

Kevin Franklin Gowing, 65, of Clarinda, IA, went to be with his Lord and Savior Jesus Christ on Wednesday, March 16.

Preceding him in death were his infant sister Carole, his parents, and his father-in-law Darrel (DD) Isaacson.

Kevin grew up in Shenandoah, IA and was a fun-loving, vibrant youth. Many of his summers were spent at his family’s cabin at Big Lake, MO. He graduated from Shenandoah High School in 1975 and worked at Hy-Vee and for the City of Shenandoah while earning his pilot’s license. He began working at Page 1 Regional Water District in 1980 as a maintenance operator. Just two years later, showing a strong dedication to his career and knowledge of the system, he was promoted to district manager in 1982 where he remained until his retirement on January 14, 2022.

He and his bride, Jolinda (Isaacson), were married on June 2, 1984, at Shenandoah United Methodist Church. They made their home in Clarinda, where they raised their family and attended Trinity Presbyterian Church.

Kevin was a devoted employee and worked long and hard at his career managing Page 1 Regional Water. He loved spending time outdoors and being in nature through hikes at State Parks, walks on nature trails, and occasional bike rides on the Wabash Trace. You could often find Kevin tinkering on his guitar or quizzing his family members about classic rock facts, or cheering on his beloved Iowa Hawkeyes. He always loved playing music, even a part of a rock band in high school, and he eventually developed a love for worship music and playing music in the church. He also loved leading his Sunday school kids in worship. Far more important than his career or enjoyment of nature, music, and the Hawkeyes, was his love for his family and Jesus Christ.

He was a very devoted husband and an extremely involved dad. While he worked long and hard hours, he never missed a sporting event, band concert, or play. He was very serious about his faith in Jesus Christ, and he loved seeing his own children grow up to take their faith seriously too. At the time of his passing, he was enjoying reading through the Bible along with his wife.

In the fall of 2018 Kevin and Jolinda took an anniversary trip to Hawaii and spent time sightseeing—just what Kevin wanted to do in his retirement. He and Jolinda were looking forward to spending their days playing with their six beloved grandchildren, watching them grow, and being as involved grandparents as they were parents. Though his much-deserved retirement was far shorter than any would have liked, his family rejoices that his hope was not placed in any retirement but in Jesus.

Can be made to Trinity Presbyterian Church of Clarinda, IA or the Clarinda Trail through the Clarinda Foundation.
Online Memory & Photo Sharing Event
Online Event
About this Event

Share Your Memory of
Kevin
Upload Your Memory View All Memories
Be the first to upload a memory!
Share A Memory
Plant a Tree