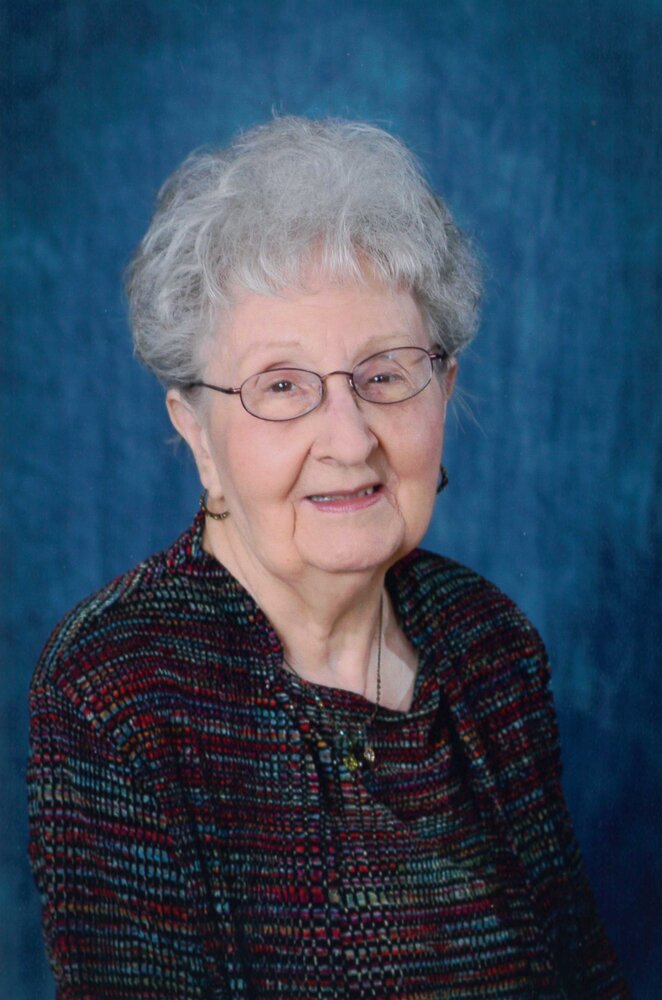 Please share a memory of Gloria to include in a keepsake book for family and friends.
View Tribute Book

Gloria Noble Treese was born January 22, 1927, in Maryville, Missouri, to Guy and Opal Lewis Noble. She passed away quietly on March 6, 2022, in Lincoln, Nebraska, and will be laid to rest March 11, 2022, at old Memory Cemetery, near New Market, Iowa, next to her husband of over 55 years, George Treese.

Gloria grew up during the Great Depression and the early years of World War II. She met George Treese in the years following World War II and married him in 1948. She supported George through his time at Iowa State College for his engineering degree, living in Pammel Court with other veterans’ families.

Gloria moved with George with his work at Boeing, living in the Seattle, Wichita, and New Orleans areas over the years. The family also spent short times in Pocahontas, Iowa, and Gibsonia, Pennsylvania, in the 1970s. Gloria and George retired to Wichita in 1990 and lived there several years before relocating to Lincoln, Nebraska, in 1997 to be closer to family.

During her 95 years, Gloria worked in several jobs, including teacher, telephone operator, salesclerk, and nursing aide. She was active in Methodist women’s groups. She spent a long time caring for George as his health declined due to Alzheimer’s before his death in 2003. She battled cancer twice and won. She is remembered most as a caring homemaker and mother, who was proud of her family and grandkids. She even had a friend who she referred to as her “adopted” daughter, Kyong Fisher, in Wichita.

Gloria’s hobbies were sewing, especially embroidery, and shopping. She loved her dogs, most recently Casey who she had to give to a good home as she got older. She still missed him. Gloria was especially partial to bright colors in décor and fashion. She always made it a point to dress up a little when going out in public and she had a knack for finding the most unique and fun glassware. A life-long music lover, her “playlist” every time she sat down at a piano included “As Time Goes By” and “Peg-o-My Heart”.

Gloria Jeanne Noble Treese is survived by her son, Steven, and his wife, Barbara, of Gig Harbor, Washington, and daughters, Stephanie Rotert and her husband, Scott, of Lincoln, Nebraska; and, Sherri Mackey, and her husband, Douglas, of Burnt Hills, New York, along with seven grandchildren and eighteen great grandchildren.

In lieu of flowers, donations are requested to the Alzheimer’s Association.

Share Your Memory of
Gloria
Upload Your Memory View All Memories
Be the first to upload a memory!
Share A Memory
Plant a Tree