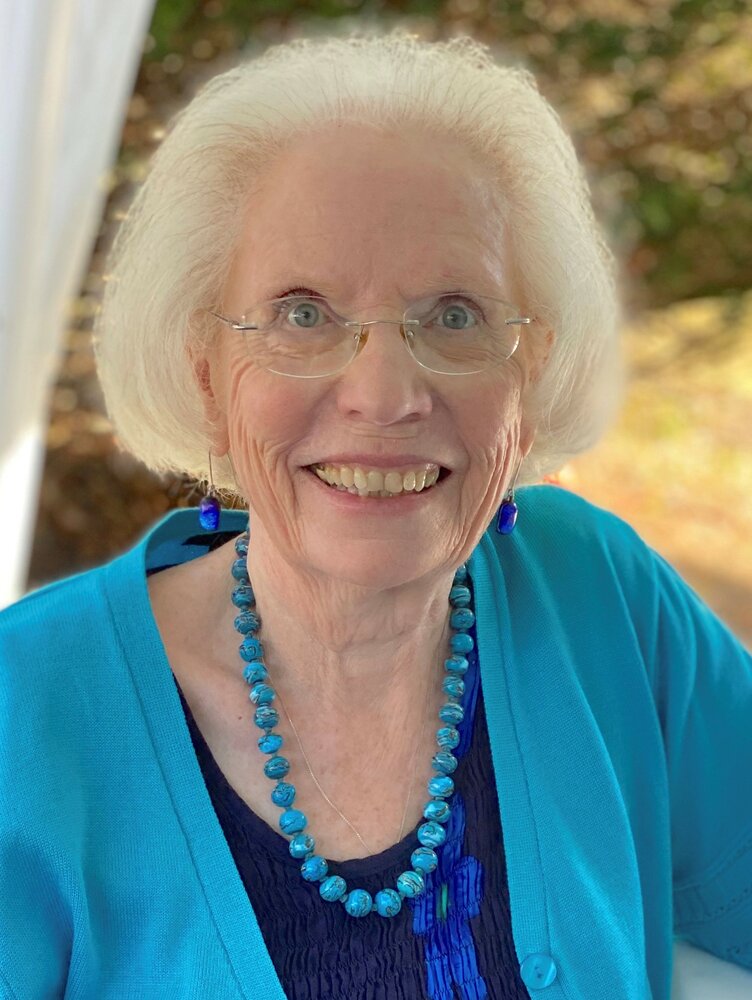 Please share a memory of Lavone to include in a keepsake book for family and friends.
View Tribute Book

Lavone Evelyn Lorimor was born on January 28, 1940, in a farm home in Fremont County, Iowa and into the arms of a very loving mother, Grace Evelyn Lorimor (Myers) and Joseph Edward Lorimor. She was the fifth child born into the family of six children.

She and her siblings attended a one-room country school, Sunny Slope, which was three quarters of a mile from home. Then, at Farragut High School, Lavone was a cheerleader, participated in high school plays, sang in the choir, carried a flag in band, and used her creativity to design the cover for the Farragut High School Admiral.

After graduating from high school in 1958, Lavone worked at Brown’s General Offices in Shenandoah, Iowa. One weekend after work, she went to Porter’s Lake roller-skating rink, which is where John Arlen Johnson (Arlen) first met her and asked her to skate with him. Arlen held her steady on skates and hand-in-hand their love story began.

The two were wed on December 26, 1959, at the First United Methodist Church in Shenandoah, Iowa. Since then, they have enjoyed “living on love” for over 62 years.

They started their married life together by traveling base to base from Texas to Illinois, and then Michigan, as Arlen had been drafted into the army. They lived in Arlington Heights for a short time when their first child, Jana, was born.

The two then moved to rural southwest Iowa and began farming 10 miles north of Clarinda. Lavone kept the farm records and assisted with the livestock and hauled in crops as needed. But Lavone’s priority was always caring for her family and making a loving home.

Lavone was an encouraging mother and always inspired her children, grandchildren, and even great-grandchildren to follow their passions. She and Arlen never missed an opportunity to attend dance recitals, musicals, swim meets, ball games, 4-H events, county fairs, and trap meets. Lavone was always up for spontaneous family fun with kids and grandkids—from impromptu tea parties with her granddaughter Anna to Sunday afternoon jaunts to Viking Lake so grandson Nate could catch a limit—no moment was wasted when there was fun to be had.

Lavone always wove creativity into her family life. She’s thrown clay pots on a pottery wheel, created stained-glass art, made porcelain dolls, fused glass in a kiln, and made glass beads over an oxygen/propane torch.

Her creativity began as a child by putting some cold, hard clay under the leg of the wood stove at Sunny Slope country school to warm it a bit. She returned the next day to find the oil-based clay in a puddle. Not to worry, by morning the cold night would make the clay stiff again.

Her love for clay resurfaced and with even better results in the 1970s. In 1975, she received a purple ribbon for a stoneware pot she entered an area amateur show of the Iowa Arts Council.

In 1981, her creative interests turned to making reproduction porcelain dolls. She made them with love for her own mother, children, and grandchildren. Also, she taught her sisters and niece how to make By-lo Baby porcelain dolls.

Her reproduction of a French Jumeau porcelain doll—complete with an antique beaded purse—from the late 1800s was featured in a line of Hallmark cards. A second doll—a depression-era flour sack rag doll—was featured on another Hallmark card. Both handmade dolls were a chance for Lavone and daughter Jenise to share their love for creativity together.

Later, after traveling to the ocean and finding colorful sea glass on the beaches, Lavone was inspired to make glass beads for her family. One of Lavone’s favorite memories was spending three evenings making beads using a torch and moretti glass from Italy with her daughter Jana and granddaughters Lindsy and Alyssa.

As a 30+ year cancer survivor, Lavone was in her own words “appreciative and thankful for every day my Creator gives me.” This experience sparked her interest in writing. “This Chance to Live” a poem of thankfulness written following her cancer therapy received the Editor’s Choice Award and was published by the National Library of Poetry in 1998. Her poem The Wonder was published in the Outstanding Poets of 1998.

In addition to her love for family and creativity, Lavone had a love for adventure and travel.

Through the years, she was the spark that ignited many, many family vacations. She always reflected that family trips to Disney World and Florida beaches were some of her best memories. Later, their travels took them on adventures to Hawaii, Canada, and Alaska—the north most and southernmost points of America. Lavone’s son Alan often dropped in to add an extra level of adventure to these trips, even driving along to Alaska in their RV.

Lavone attended the First United Methodist Church in Clarinda, Iowa, and loved looking at the stained-glass church windows in rich hues of reds and sapphire blue while listening to Pastor Andy’s guitar music and message.

In her own reflections, Lavone wrote that “family is what it is all about.” Lavone is survived by husband John Arlen Johnson, sisters Loraine and Marilyn; daughters Jana Reichman (Martin) and Jenise Carl (Kent), son, Alan Johnson (Melissa), grandchildren Lindsy Moore (Brandon), Alyssa Berns (Derek), Nate Carl, and Anna Carl. Lavone was blessed with six great-grandchildren Ethan, Austin, and Corbin Moore and Hudson, Griffin, and Hadley Berns. Lavone is loved by many nieces and nephews.

Lavone is preceded in death by her mother and father, sisters Merna and Marvel, brother Duane, and niece Pam Dobbs.

Lavone’s family welcomes friends and family to the First United Methodist Church in Clarinda for a gathering and a Celebration of Life service on Friday, March 11. Please share a sweet bite in honor of Mom from 12:30 p.m. to 1:30 p.m. Immediately following, Lavone’s Celebration of Life service will be held at 1:30 p.m. A graveside service will follow at the Shenandoah Rose Hill Cemetery. All friends and family are welcome to join.

Since Lavone’s favorite color was “ocean,” the family invites you to wear any hue of blue in remembrance of Lavone.

In lieu of flowers, friends and family may make a donation to the American Cancer Society (in care of Lavone Johnson) or the First United Methodist Church Stain Glass Restoration (PO Box 43, Clarinda, IA 51632).

Masks are encouraged, but not required.

Share Your Memory of
Lavone
Upload Your Memory View All Memories
Be the first to upload a memory!
Share A Memory
Plant a Tree