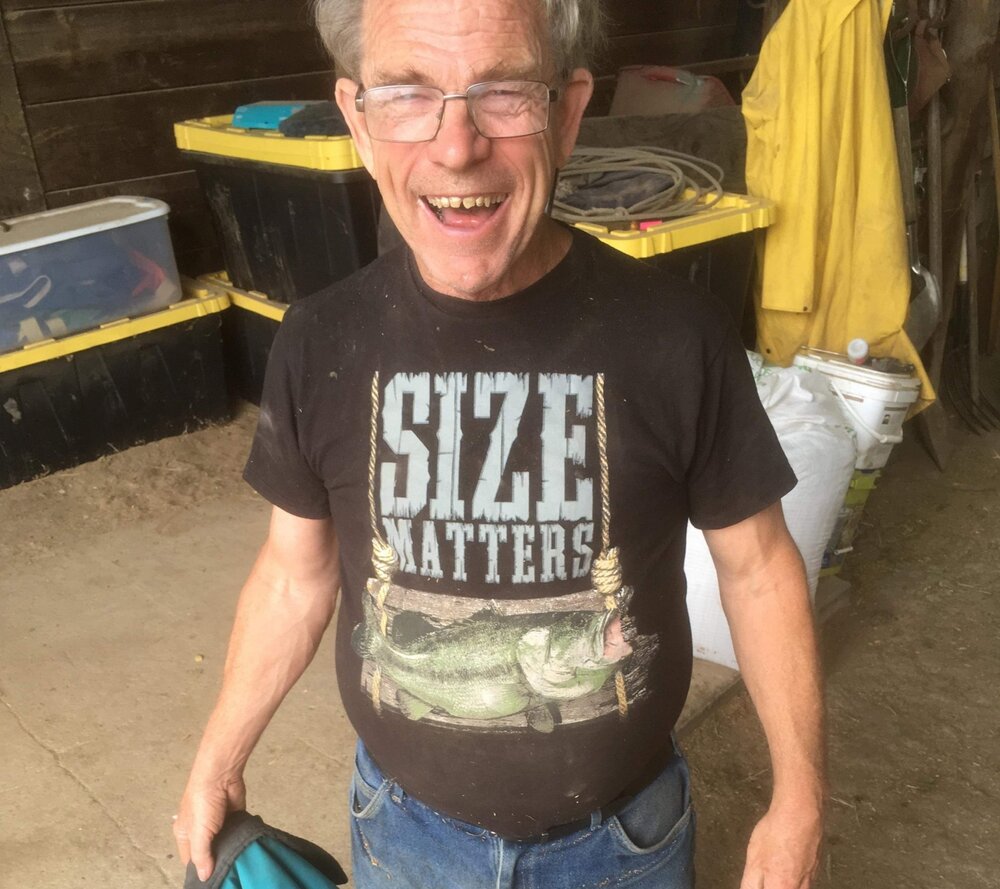 Please share a memory of Joe to include in a keepsake book for family and friends.
View Tribute Book

Joe William Adams was born on October 30, 1957, in Iowa City, to Donald and Lois (Gardner) Adams. He was one of three children, firstborn was Mary Jane, then Joe, and then he got to be a big brother to Rodney.

Horseback riding, picnics, helping people, being outside, just being around family and friends, and having a few beers with the guys were some of Joes favorite things to do. He loved being at church, in 2017 he was very excited to become a member of the Shambaugh Church of God, and on Sundays he would bring foot long Laffy taffy to give out to the kids. Most of the time Joe had a smile on his face and in his heart.

He was preceded in death by his parents Donald and Lois (Gardner) Adams, and his sister Mary Jane.

Joe is survived by his brother Rodney (Rita) Adams, two nephews, one niece, one great nephew, and three great nieces, his second family who did so much for him, the Serle and Seth Kirchner families, along with his cousins and other family and friends.

Inurnment will take place in the spring at Oak Grove Cemetery.

Memorials can be made to family choice or to the Clarinda Fire Department.
Online Memory & Photo Sharing Event
Online Event
About this Event

Share Your Memory of
Joe
Upload Your Memory View All Memories
Be the first to upload a memory!
Share A Memory
Plant a Tree