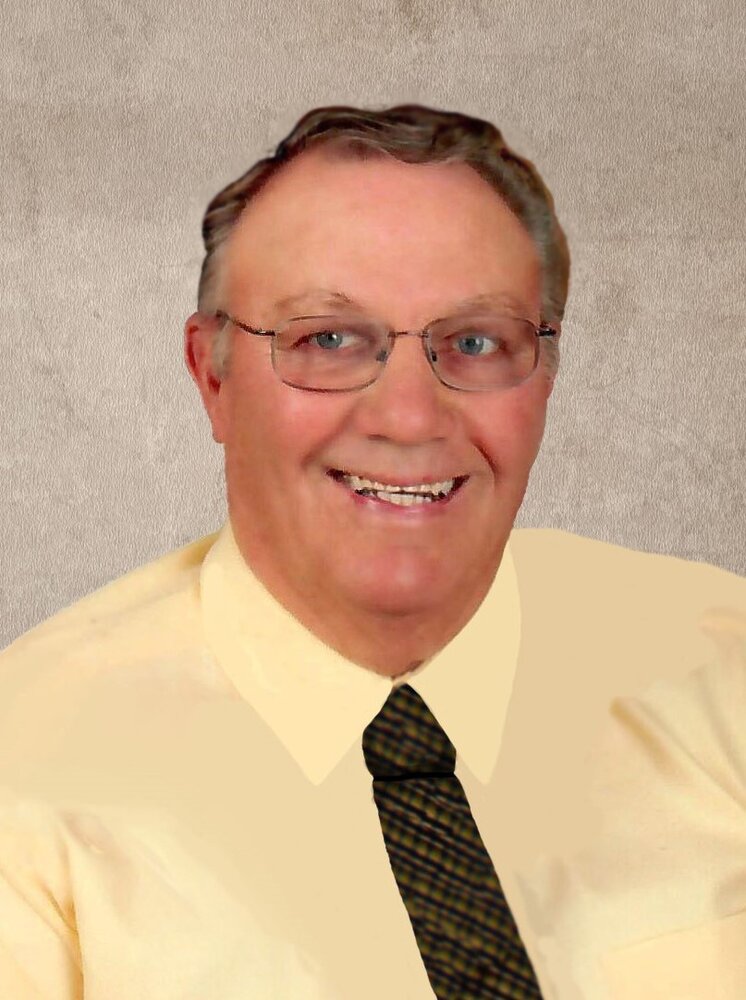 Please share a memory of Dennis to include in a keepsake book for family and friends.
View Tribute Book

Dennis Eugene Ohnmacht was born on March 12th, 1943, in Hamburg, Iowa to George and Lois Ohnmacht. He graduated from Shenandoah High School in 1961, when he began pursuing his lifelong dream of farming on the family land. Dennis met the love of his life, Leanna Barnes, on New Year’s Day of 1963. They were married December 20th, 1963, in the Nazarene Church in Clarinda, Iowa. He moved with the new Mrs. Leanna Ohnmacht to their farmhouse in Blanchard, Iowa, where Dennis built a successful farming business and enjoyed 58 years of wedded bliss. They were blessed with two wonderful children, Angela Dawn, and Darin Eugene.

Dennis loved farming and coming home every day to the children and Leanna. He was also a leader of the local 4-H club, passing on his love of farming and family values to the community.

Dennis was a member of Nishna Valley Christian Church in Shenandoah, Iowa, but had expressed his confession of faith to Jesus Christ many years ago.

When he wasn’t working on the farm, Dennis could be found traveling to see friends and family with Leanna or hunting with one of his red bird dogs, who he always called “Ginger”. He also enjoyed collecting antique tractors and cars. A John Deere tractor and agriculture enthusiast, he loved going to tractor shows and pulls. He also enjoyed taking his granddaughter to equine lessons and events.

Dennis seemed larger than life to his friends and family. He could use words judiciously because you knew Dennis loved and cared for you by his actions.

He is preceded in death by his parents, parents-in-law, and baby grandson Anthony Neil Ohnmacht.

Dennis was a kind-hearted and honest man. Every life that touched his was made better for having known him. He is truly one of the dearly departed. He will be missed by all.

In Lieu of flowers, the family will direct the memorials.

Due to Covid-19 concerns, the family is doing a private funeral service.
Online Memory & Photo Sharing Event
Online Event
About this Event