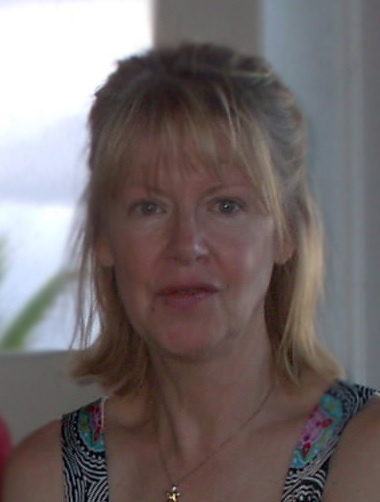 Please share a memory of Sue to include in a keepsake book for family and friends.
View Tribute Book

Sue was a 1965 graduate of Clarinda High School. She was a member of the First United Methodist Church in Clarinda. She attended Iowa Western Community College and worked at the Clarinda Company as a proofreader.

Sue was united in marriage on October 29, 1968, at the First Methodist Church to Andrew (Andy) Higgins of Clarinda, Iowa. Andy was in the Navy, so they lived on the Naval Air Station at NAS Glenview, ILL. In 1971, they were transferred to NAS Miramar in San Diego, California. In 1972 Andy got out of the military and went to work for the Navy as a civil servant. Sue attended Mesa College and transfer to San Diego State University, where she received her bachelor's degree in Social Work. She went on to receive her master's degree in Social Work at SDSU and went to work at the Alvarado Convalescent and Habitation Hospital as a MSW Medical Social Worker. In 1991 Sue and Andy moved to Monterey, California. Sue went to work at VNA as an MSW in home health.

Sue enjoyed going hiking, jogging, and going to the beach for relaxation and watching the sunsets. In 1993 Sue and Andy moved to Boise, ID. Sue worked in private practice as a Certified Social Work. She received specialize training in EMDR to help people with PTSD. In 2011 Sue moved to Lancaster, California so Andy could work for NASA at Edwards AFB. Sue and Andy retired and returned to Clarinda, Iowa, in 2013.

She is preceded in death by her grandparents and her parents, Elbert and Doris Cline.

Sue is survived by her husband of 52 years Andy, along with cousins, other family, and many friends.

Share Your Memory of
Sue
Upload Your Memory View All Memories
Be the first to upload a memory!
Share A Memory
Plant a Tree