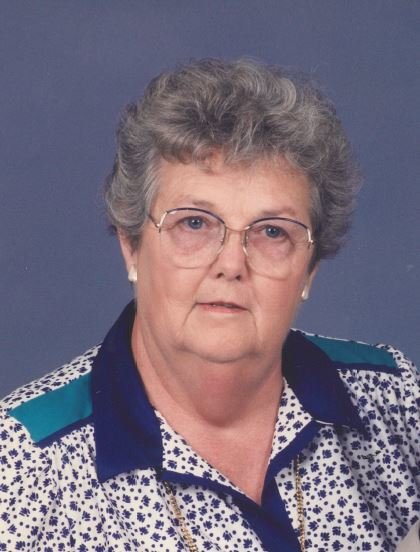 Please share a memory of Delores to include in a keepsake book for family and friends.
View Tribute Book

Delores Darlene Shoemaker was born July 7, 1928, to Charles and Marguerite (Parr) Shoemaker in Bartlett, Iowa.  She was the youngest of three children, a sister Katherene and brother Charles Jr.

Delores graduated from New Market in 1944.  Following high school, she worked at Parris-Dunn’s making training rifles for the Army during the war.  Later she was employed by Berry’s Seed Company.  She was united in marriage to Junior Renander on February 28, 1952, at the Bethesda Lutheran Church.  Junior and Delores lived and farmed on the Renander homestead during the early years of their marriage and celebrated the birth of their only daughter, Debra.  The family later moved to the Pete Renander farm and continued farming there.  In 2005 Delores celebrated the farm’s recognition as a Century Farm at the Iowa State Fair.

Delores was an active member of Bethesda Lutheran Church and enjoyed many activities there including LCW (Lutheran Church Women), quilting group and served as a Sunday school teacher for 23 years.  She enjoyed helping with the church’s Swedish Supper whenever it was held.  Delores was a kind and gracious host who was always very happy to see her family and friends.  She had a knack for quilting, gardening, and baking and had large gardens and always seemed to have a great treat for an afternoon break.  She was also a lot of fun and was ever ready for a new board game, a quick road trip or just sitting out under the stars.  She will be dearly missed by all who knew and loved her.

She was preceded in death by her brother and sister, husband Junior and grandson Samuel Springer.

She is survived by her daughter Debra (husband Michael) Springer, granddaughter Jessica Duncan, great-grandson Samuel Duncan and many nieces and nephews.

Memorials are designated to the Bethesda Lutheran Cemetery for perpetual maintenance and improvements.
Online Memory & Photo Sharing Event
Online Event
About this Event

Share Your Memory of
Delores
Upload Your Memory View All Memories
Be the first to upload a memory!
Share A Memory
Plant a Tree