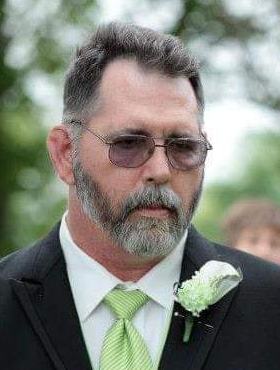 Please share a memory of Brian to include in a keepsake book for family and friends.
View Tribute Book

William Brian Harvey went home to join his Lord and Savior while in Hospice Care provided by Care Initiatives while residing at Azria Health, Clarinda. He was 60 years old.

Brian was born April 17, 1961, in Clarinda, Iowa to parents Wilma Winifred (Wells), and Charles Dean Harvey who precede him in death. Brian grew up in Braddyville, Iowa on his family's farm. He graduated from South Page Community High School in 1979 where he enjoyed FFA and was well known for his shenanigans with friends.

Brian served in the United States Coast Guard until he was granted an Honorable Medical Discharge due to deafness in one ear and having big, flat feet.

He wore many hats over the years. He loved his time as an over the road truck driver, where he was proud to have driven 1,000,000 miles. The logbooks would tell a different story, of course. His favorite job in life was raising his children to be strong, hardworking individuals. He enjoyed spending time outdoors with the livestock. He could be found in the barn, or at a fence with the milk cows and horses. A pack of Dobermans were not far from his side. Brian was proud to restore a couple square body pickup trucks, and some old tractors.

Brian suffered a massive stroke, which resulted in moving to Clarinda for therapies. He gained many friendships over the years within his nursing home facility. He was always ornery. He was often flipping the bird, sticking his tongue out, and communicating his favorite choice phrases. His final words to family held his sense of humor. "Kiss My A**" He was fortunate to have many visitors on his final day to give his endearing farewells.

Share Your Memory of
Brian
Upload Your Memory View All Memories
Be the first to upload a memory!
Share A Memory
Plant a Tree