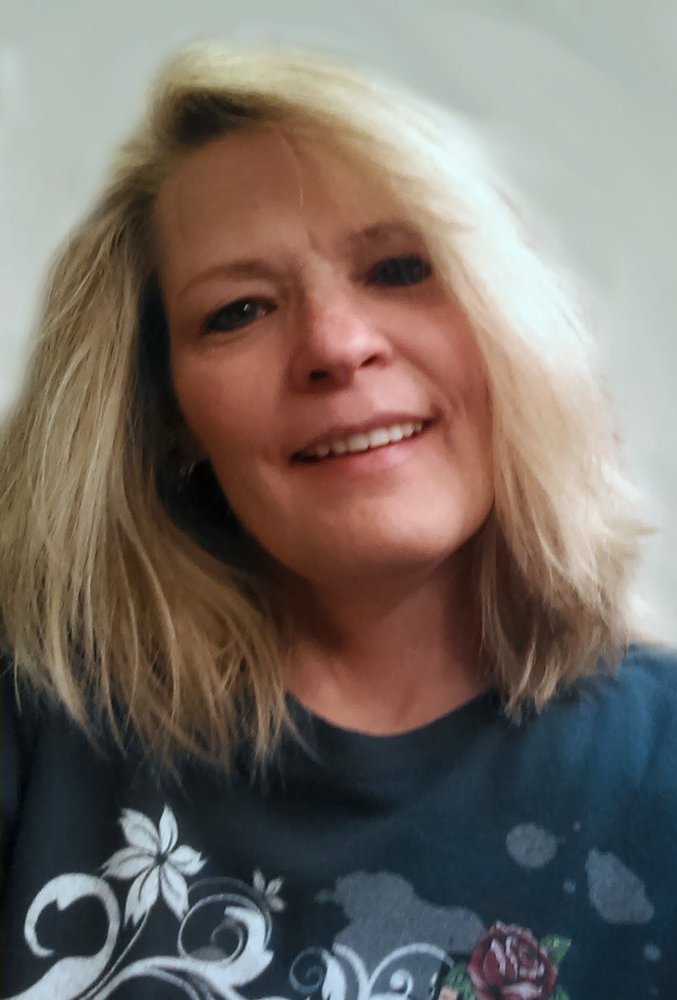 Please share a memory of Lori to include in a keepsake book for family and friends.
View Tribute Book
Lori Lee Himes was born April 10, 1965, to Jack Robert and Marion Maxine (Sims) Himes in Omaha, Nebraska. Growing up, Lori was 1 of 10 children. She attended school and graduated from Thomas Jefferson High School in Omaha, Nebraska. At the age of 19, Lori started her health battles, as she was diagnosed with Breast Cancer. Lori met and fell in love with Mitchel Jergenson and had Chris, they later married in 1990 and then welcomed another son, Matthew in 1992. Lori was a loving mother and wife; she loved her family deeply. On June 23, 2003, she lost her husband Mitchel and was left to raise her two boys on her own. She did the absolute best any mother could do. She was a music fan, and love Broadway. Lori was a wonderful singer herself, but as her illness took over, she did not sing as much but her love of music never faded. Early in 2009, Lori found love again with Gary Scott, and they began dating when she was hit with another devastating death in her life, her youngest son Matthew had passed away unexpectedly. Lori’s health began to decline slowly over the years, but she never gave up. She is preceded in death by her husband Mitchel of 13 years, her son Matthew Ray, her parents and siblings Sharon Nibbe, Carol Wallace, and Michael Himes. Lori is survived by her son Chris Jergenson, fiancé Gary Scott; siblings, Helen Anderson, Jackie Himes, June Larmon, Linda Walters, Robert Himes, and Dennis Himes along with many nieces, nephews, cousins, other family, and many friends.
Friday
19
March

In Lieu of Flowers memorials can be made to the family to help with the funeral costs.
Online Memory & Photo Sharing Event
Online Event
About this Event

Share Your Memory of
Lori
Upload Your Memory View All Memories
Be the first to upload a memory!
Share A Memory
Plant a Tree