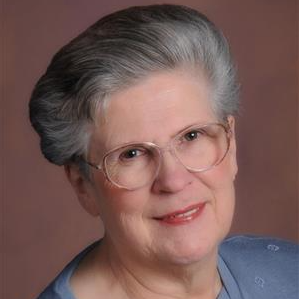 Please share a memory of Norma to include in a keepsake book for family and friends.
View Tribute Book
Norma Jean Chaddock, 83, passed away on March 5, 2021, in her home surrounded in love and embraced by her family. She was born in Villisca, Iowa on January 18, 1938, to the late Arthur Freeman and Alice Hoyle Freeman. She married Wayne Chaddock on March 3, 1962. She gave birth to her beloved daughter, Patricia (Patty) on January 4, 1965. For many years, she worked at Simplicity Patterns. She later received her cosmetology license and ran her own business in her home as a hairstylist. The birth of her grandchildren changed her life in a profound way. She and Wayne moved to Leawood, Kansas in 1997 to be part of her grandchildren’s lives. Her most cherished activity was providing care to her grandchildren and spending time with her family. She attended every concert, sporting event, ceremony, and anything else where an audience was present, she was the number one fan of all those she loved. She was preceded in death by her husband, Wayne Chaddock, her father, Arthur Freeman, her mother, Alice Hoyle Freeman, and her brother, Gene Brock and his wife, Darlyne. She is survived by her daughter, Patricia Thompson, son-in-law, Clark Thompson, grandchildren Carly and Courtney Thompson, and niece, Laura Brock. Norma was a kind, thoughtful, and giving person. She flourished in being creative and crafty. Her family is lucky enough to have many scarves, blankets, and other items that were “Made with Love by Grandma”. She enjoyed lunches with her friends, puzzling with her girls, the occasional trip to the casino slot machines, Royals Baseball, and caring for her sweet dog, Daisy. She also became an avid reader later in life and read hundreds of books and enjoyed sharing favorites between family and friends. She will continue to be the role model of unconditional love and will forever serve as our guiding light of support, with a side of sass and stubbornness. She will be remembered and celebrated each and every day by those who were graced by her love. The family would like to give special gratitude to the staff of Saint Luke’s Renal and Pulmonary care teams and Saint Luke’s Hospice. A visitation will be at 1:00pm on Thursday, March 11th, at Porter Funeral Home in Lenexa, KS, with a celebration of life at 2:00pm.
Friday
12
March

Memorials in her honor may be made to St. Jude Children’s Research Hospital (https://www.stjude.org/)as this was a cause she cared about and gave too regularly.
Online Memory & Photo Sharing Event
Online Event
About this Event