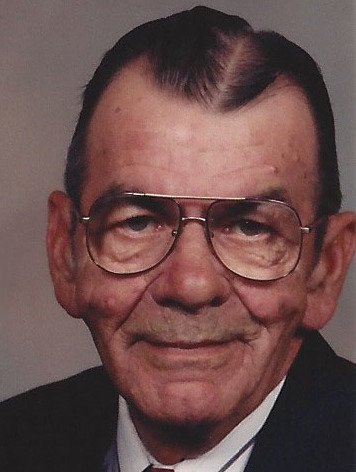 Please share a memory of Henry to include in a keepsake book for family and friends.
View Tribute Book
Henry Junior Kernen was born on November 7, 1930, to Henry and Mary (Jarman) Kernen. He died peacefully at the Good Samaritan Center in Villisca, Iowa, on February 2, 2021. He was 90 years old. Farming: Junior spent the majority of his life farming and raising livestock in Montgomery and Adams Counties. After graduating from Villisca High School in 1948, he farmed with his parents and his brother, Kenneth, on the home place a few miles west of Nodaway. Junior served in the US Navy and was stationed in Japan and stations in the Pacific. After he returned home, he continued to farm and raise hogs and later, a cow/calf herd. Family: Junior married the love of his life, Margaret McElroy, on September 7,1957. Together they were wonderful loving parents to Martha Sue (Marty), Joseph Patrick (Joe), and Daniel John (Danny). Junior and Margaret adored their three children and made sure each learned the value of honesty, integrity, and hard work. Dad made sure each child did his or her part to take care of the garden, clean the hog shed, pick up apples, and stem cherries or gooseberries, and finally take a pony ride to the back of the farm….. usually all on the same day. Fun: Junior enjoyed the lighter side of life more than anything. He could tell a story, share a joke, or mimic a funny mannerism to each person he met. Each holiday included a special poem or rhyme that Junior had thought about for days in advance. Throughout his life, he enjoyed playing bridge or any type of card game. He and Mom spent countless hours at the casino, losing or gaining their daily allotment of $20, and visiting with cousins and family friends. In his last days, he was still working on word searches and sending cards and laughs to family and friends. Junior and Margaret attended the St. Joseph Catholic Church in Villisca. They were the caretakers/bookkeepers for the Nodaway Cemetery. Junior was proud of the fact that he was 37 years sober with the support of Alcoholics Anonymous; he lent his support to countless friends in the program. He enjoyed watching sports, growling about politics, and keeping up with the news. Junior was generous to a fault. Mom and the kids never knew who would show up for a meal, a cup of coffee, or a few words of encouragement. Dad had a habit of dropping whatever he was doing to lend a hand to his children or grandchildren. He and Mom brought life to half- gone baby pigs, or abandoned baby calves. They never turned away anyone who needed help. Junior taught all of his family members the importance of acceptance. He would say, “This, too, shall pass.” Junior is preceded in death by his wife of 55 years, Margaret, his parents, infant brother, Malcolm, and in-laws, Edward, and Martha McElroy, sister Dorothe (Stanley) Johnson, and brother Kenneth (Jean Graham) Kernen, brothers-in-law, Kenneth and John McElroy, sisters-in-law, Helen (Howard) Linderman, Kathy (Dick) Kuhl, Jean (Francis Vais), brother-in-law Jim Herring, and sisters-in-law Rosemarie McElroy and Maxine McElroy and son-in-law, Paul Bangston. Junior is survived by daughter Marty Mason and husband Glenn of Shenandoah; sons, Joe Kernen and his wife Lisa of Nodaway, and Danny Kernen and his wife Maria of Denver, CO.; grandchildren, Corrie Bangston McHale (Tom) of Minneapolis, Kaley Bangston Brown (Travis) of Chicago, Kyle Bangston (Katie) of St. Louis Park, MN, and Quentin Bangston of Portland, OR. Mikayla Rostro and Madisyn Rostro of Ames, Natasha Kernen (Travis Talada) of Villisca, Katelyn Hulett (Bryce) of Villisca, and Joey Kernen of Nodaway, great-grandchildren Bennett, Sadie, Vivienne, Owen and Aidan McHale, Brayden, Shyla, Korbyn and Aubrey Talada, and Wilder Brown, sisters-in-law, Ethel Herring, Mary McElroy, Kathleen McElroy and Patricia Knock, a host of nephews and nieces, cousins and cherished friends surrounded Junior with love his entire life.
Sunday
7
February

Memorial can be made to the Nodaway Cemetery 2408 Birch Ave. Nodaway, IA 50857
Online Memory & Photo Sharing Event
Online Event
About this Event

Share Your Memory of
Henry
Upload Your Memory View All Memories
Be the first to upload a memory!
Share A Memory
Plant a Tree