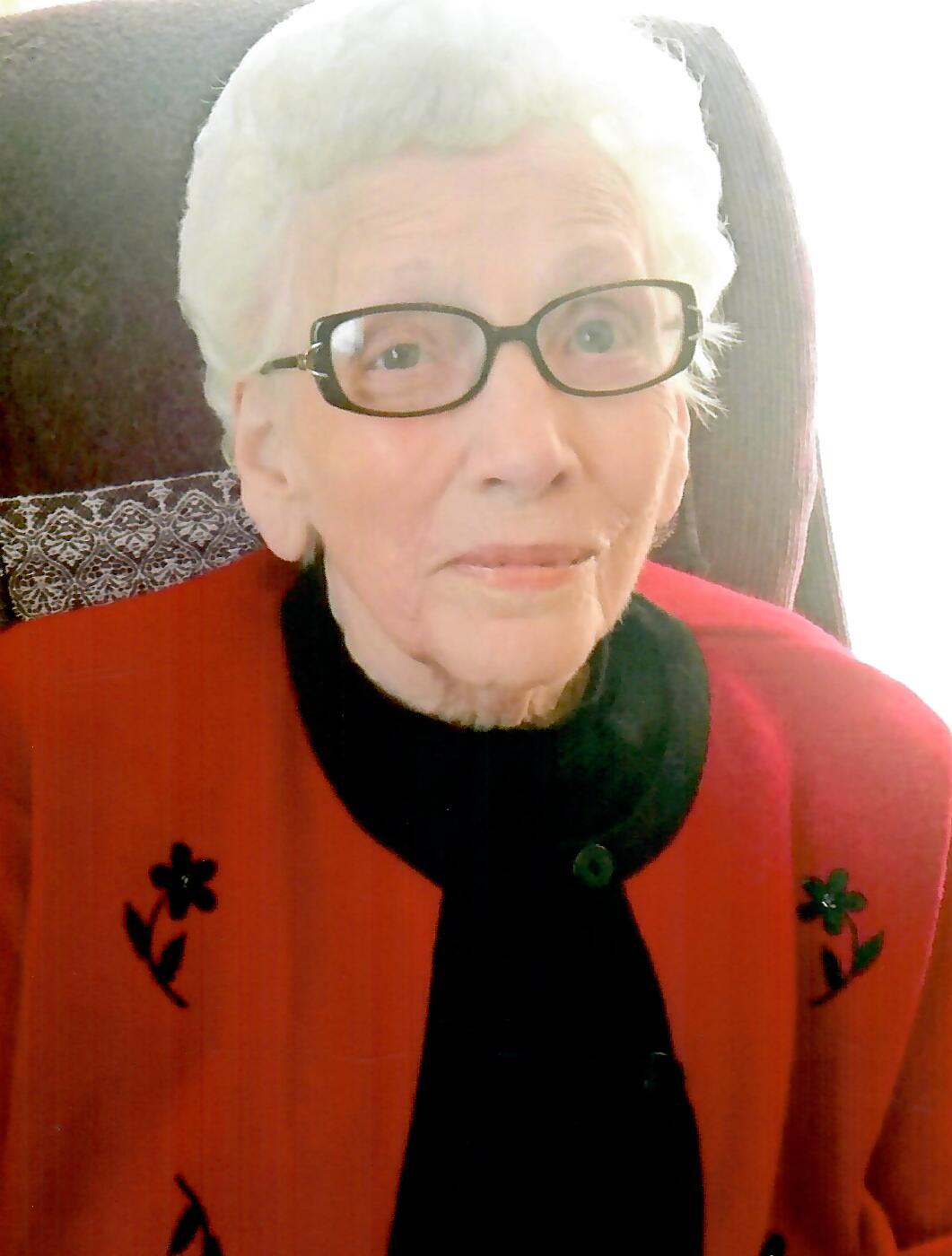 Please share a memory of Pauline to include in a keepsake book for family and friends.
View Tribute Book
Pauline Ellison was born June 14th, 1927 on the family farm to Dennis and Bessie (Lyles) McAlpin. After spending her childhood near New Market, Iowa she graduated from high school in 1944 and for 5 years taught in local rural schools. On March 3rd, 1948 Pauline was united in marriage to Marvin Ellison and to their union came three children Joy, Jo (Jolene) and Marty. After living in Clarinda and Corning for a short period of time, Pauline and her family settled on the Ellison family farm. While Marvin farmed, drove school bus, and later worked at NSK, Pauline continued what she was best known for, her great work ethic. After teaching school Pauline went to work for the Tip Top Curler Co., Sally Ann Bakery, and in the 1960s went to work for the Page County Bank until her retirement in 1992. Always wanting to be busy Pauline came out of retirement to become a CNA at Golden Rod Manor, Home Sweet Home, she then accepted a position at Walker-Merrick Funeral Home and moved from the farm to Clarinda. She worked for Walker-Merrick Funeral Home and Eickemeyer Funeral Chapel into her 90s. Pauline loved people and enjoyed the interaction in all of her jobs. She loved her work and as she would say “I have worked for over 70 years”. More than anything she loved her family with its birthdays and holiday times, cooking meals and in later years planning and supervising the meals. Pauline was preceded in death by her Husband Marvin, her parents Bessie and Dennis, Her brothers Gerald and Alvin, and her in-laws Floyd and Blanch Ellison, brother-in-law Harold Ellison, Sister in-law Marcella Ellison and grandson-in-law Jeremy Beery. Surviving are her daughters Joy Pratt of New Market, IA, Jo (Jolene)(Harold) Murren of Malvern, IA, son Marty (Patsy) Ellison of Cookeville TN, sister Shirley Larson of New Market, IA, grandchildren Christopher Burwell, Robin Beery, Travis Pratt (Tisha Purdy), Matthew Ellison, and Kristyn Ellison, great-grandchildren include Piper Beery, Skylee Landis, Zayne Purdy, Shay Purdy, and Aubrie Saylor and Numerous other family members.
Friday
2
October

Share Your Memory of
Pauline
Upload Your Memory View All Memories
Be the first to upload a memory!
Share A Memory
Plant a Tree