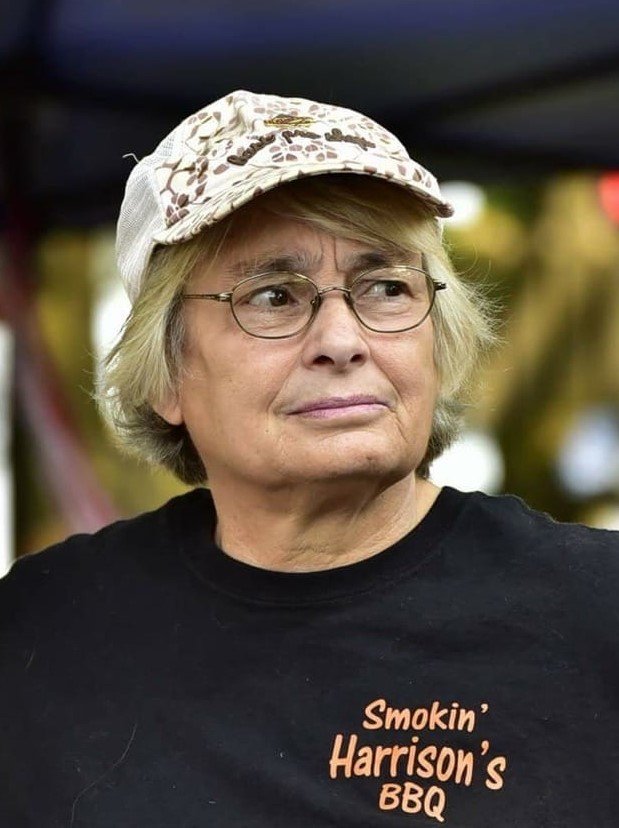 Please share a memory of Dianne to include in a keepsake book for family and friends.
View Tribute Book
Dianna Joyce Hamm Harrison was born to Neil O’Dell and Hazel Lucille (England) Hamm on July 19, 1951, in Clarinda, Iowa. She was the middle of three children with two brothers Larry being the oldest and Clifford. Dianne was raised in Clarinda and attended school until her Junior year and then moved to Bedford to graduate high school. Dianna passed away unexpectedly at her home on June 19, 2020. She married David Wallace and had two children with him, Jim, and Melissa, and on February 7, 1981, she married Roger Harrison along with his three children, Cathy, Tammy, and Jeff to form a wonderful blended family. Roger and Dianne had one son together, Bill, and she was known for saying the phrase “His, mine and ours”. Dianne as most people knew her, and Roger lived in rural Bedford “Five miles East of Siam” as Roger always said. Dianne enjoyed many hobbies such as sewing, baking, canning, barbecuing, raising chickens, but she loved camping, her soap’s, Diet Coke, and the movie Dirty Dancing. Dianne is preceded in death by her parents, Neil and Hazel Hamm, her mother and father-in-law Evelynn and William Harrison and infant grandson Jamie Foster. She is survived by her husband of 39 years Roger; her children, Cathy Brandon, Tammy (Craig) Inman, Jeff (Debra) Harrison, Jim (Renee) Wallace, Melissa (Billy) Foster, Billy (Stephanie) Harrison; grandchildren, Janet (Curtis) Lyons, Steven (Katie) Quick, Reba (Max) McGinnis, Trevor Quick, Josey (Andrea) Harrison, Kaela Eggers, Kennedy Knueven, Bri Wilson, Leighton Wallace, Carter Wallace, Shaylea Foster, Amber Esquivel, Darrion Foster, Brooklyn Foster, Addison Harrison and Eddie Harrison along with 15 great-grandchildren; brothers, Larry Hamm and Clifford Hamm along with many other family and friends.
Thursday
25
June

Memorials can be made to the family.
Online Memory & Photo Sharing Event
Online Event
About this Event