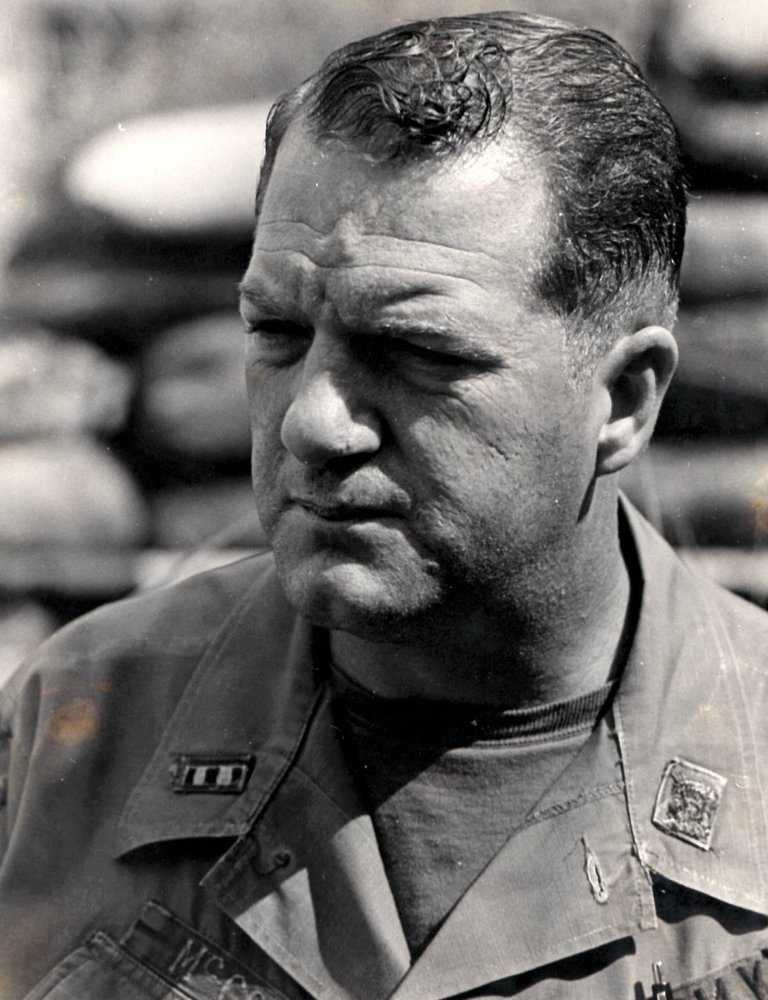 Please share a memory of Billy to include in a keepsake book for family and friends.
View Tribute Book
Billy McComb passed away June 4, 2020, at Clarinda Regional Health Center. Billy Clark McComb was born June 13, 1932, in Clarinda, Iowa to Clarke and Anne (Loudon) McComb. He graduated from Clarinda High School in 1950 and graduated from Clarinda Junior College in 1952. He enlisted in the US Navy in 1952. Served on the USS Titania AKA-13 and aircraft carriers, USS Ranger CV-61, USS Oriskany CV-34, USS Ticonderoga CV-14, USS Midway CV-41, all in the western Pacific. On March 14, 1954, he married Alice Ann Patterson in Clarinda, and they had 4 children Tara, Melinda, Tod and Joey. He attended Naval Intelligence School for photographic targeting in Washington D.C. and Escape Evasion in Norfolk, VA. In 1967 Billy applied for a transfer to US Army Intelligence and was accepted and promoted to warrant officer. He issued orders to U.S. Army 25th division. After one year of tour he reported to Army Intelligence section at Fort Bragg North Carolina for 4 years. In 1970, he was ordered to Army Intelligence in Saigon to participate with C.I.A. Air America Flights and was promoted to Chief warrant officer. He returned to Army Intelligence section at Fort Holabird MD. (which was disbanded in 1973). He was awaiting his request for retirement in October 1972. He received the Bronze Star with Oak leaf cluster for time served in Vietnam. In 1972, he returned to Clarinda with his family, wife Alice Ann; daughters Melinda and Tara; sons Tod and Joey. He applied for and received and opening on the Clarinda Police Department and approximately 3 years later applied to replace sexton at the Clarinda Cemetery. In 1993, he applied for the vacant ward one city council seat and was accepted. Serving on the city council for 18 years and 10 months. Billy is preceded in death by his parents, wife Alice Ann and son Joey. He is survived by his daughters, Melinda Meek of Shambaugh, IA and Tara McComb of Clarinda, IA, son Tod McComb and Dean Locke of Des Moines; grandchildren, Lindsay Hull-Elwood and Josh of Coin, IA and their children Keegan, Kennedy and Lily. Hannah Schaner and Andrew of Clarinda, IA. along with many other family and friends.
Friday
12
June