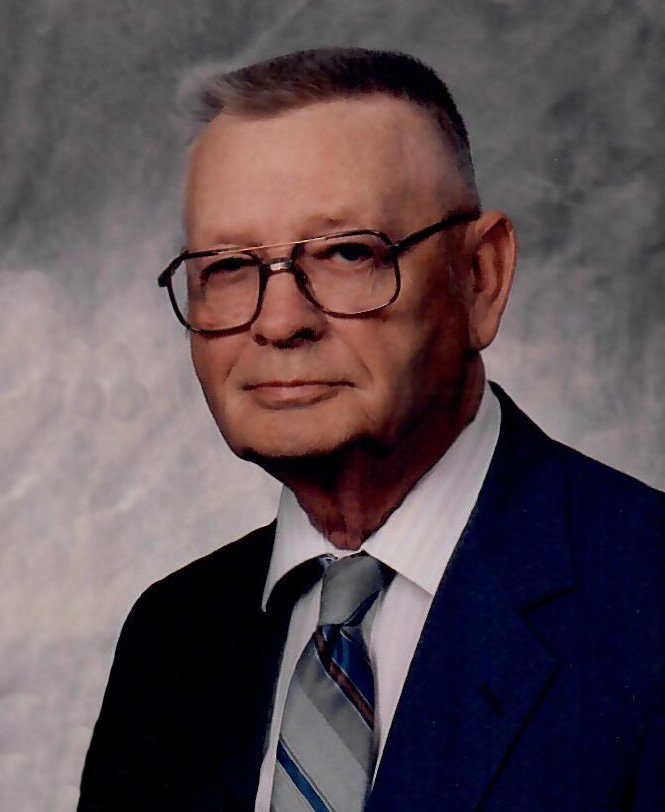 Obituary of Charles A Mier

Please share a memory of Charles to include in a keepsake book for family and friends.
View Tribute Book
Charles Andrew Mier, age 95 of Clarinda, passed away on Thursday, April 23rd, at Clarinda Regional Hospital. He was born at the family home in Page County to Charlie and Clara (Claybaker) Mier on October 27, 1924. He had three brothers, Paul, Martin, and William. Charles graduated with the class of 1943 from Clarinda High School. On December 8th, 1945, he married Joanne Burt. They had four children: Dennis, Roxanne, Marcene, and Michelle. He grew up on the family farm where he broke horses and learned how to farm. He spent his whole life farming near Yorktown. In his later years, while still farming, he was employed with Brownson Tractor in Shenandoah and later with Tri Tractor (known today as Vetter’s in Clarinda), but his main love was the farm. He was a member of the Trinity Presbyterian Church where he served as an elder. He enjoyed car rides, taking trips, reading the newspaper, and watching the Lawrence Welk Show. Charles had a dry sense of humor and enjoyed a good laugh. He was preceded in death by his parents, wife Joanne, brothers Paul and Martin; sisters-in-law Lorraine Mier and Doris Mier; and nephews Glenn Mier and Norman Mier. Charles is survived by his brother William (Geraldine) Mier, his children, Dennis (Gail) Mier, Roxanne Deter, Marcene (Bryan) Bishop, Michelle Mier and significant-other Bill Jensen. Grandchildren, Matthew Mier, Wendy Mier, Paula Gray, Marissa (Paul) Gruber, Ryan (Jaclyn) Deter, Rebekah (Ryan) Kelly, Courtney (Todd) Pennock, Andre (Meghan) Shipley, Brad (Johanna) Bishop and Tina Bishop, sister-in-law Marge Anderson, 18 great-grandchildren and many other relatives and friends.
Monday
27
April

Memorials can be made to the Clarinda Fire Department or Trinity Presbyterian Church.
Online Memory & Photo Sharing Event
Online Event
About this Event

Share Your Memory of
Charles
Upload Your Memory View All Memories
Be the first to upload a memory!
Share A Memory
Plant a Tree