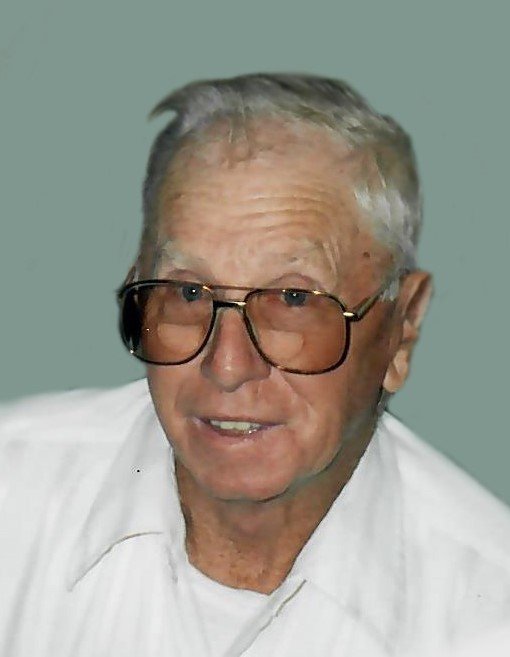 Please share a memory of Donald to include in a keepsake book for family and friends.
View Tribute Book
Donald Clark Patterson was born March 18, 1931, to Albert and Irma (Doggett) Patterson in Villisca, Iowa. He was raised in Villisca until his family moved to Bergman, AR where he graduated from high school, but the Villisca class of 1950 made him an honorary graduate. Don moved back to Villisca and on May 26, 1957, he married Anna Marie Belding. They were blessed with three children: Becky, Susan and Jeff. In his early years he worked at LA Moore’s Tire Shop, and he was also a janitor at the Lincoln School building in Villisca. He started working at the Villisca Municipal Light and Power Plant in 1953 until he retired, and then he came out of retirement to work as a superintendent at the power plant until he retired for good after 44 years. Even while he was working at the light and power plant he worked after hours for Herb and Jim’s Tree Service. When Don retired, he could be found working on a farm. Don worked for Dirk Dunn and Alan Gridley as spring and fall help. He wasn’t a farmer, but he loved to farm. He also loved to help Susan at Susie’s Kitchen making grapefruit pie with a recipe he got from Texas. One of Dons passions was gardening and loved to spend time taking care of the flowers around the square. He also loved to help anyone in the community that needed it. Don spent time in the Army National Guard and was an E5 when he retired after 30 years. He also served on the Villisca Library Board and was a member of the Villisca American Legion and helped perform military rites. Don passed away Monday, March 30, 2020, at Good Samaritan Society in Villisca. He is preceded in death by his parents, his wife Anna Marie, brother John Patterson, son Jeff Patterson and brother-in-law Jerry Greenfield. Don is survived by his daughters; Becky (David) Nolte of Wilton, Iowa and Susan Johnson (Rick Smith) of Villisca, Iowa; 4 grandchildren: Kathleen (Mike) Rouse, Jacob Nolte, Doug (Jen) Raney, Donnie Patterson; sisters: Carol Greenfield and Norma Parish along with 5 great-grandchildren and many other family members and friends.
Print
Thursday
2
April

2:00 pm
Wolfe- Billings Funeral Chapel
201 E. 4th Street
Villisca, Iowa, United States
Due to the limited number of people for a gathering, this service is for family members. We have a link on our website where we will be streaming the service.
Need Directions?
View Map | Text Directions | Email Directions
Online Memory & Photo Sharing Event
Online Event
About this Event