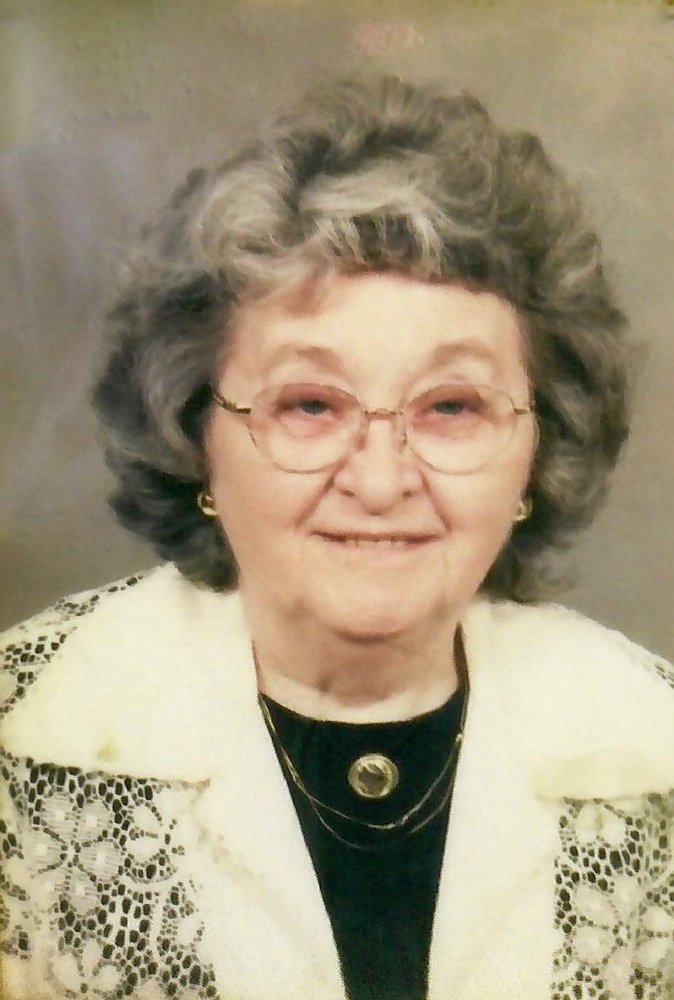 Please share a memory of Gwendolyn to include in a keepsake book for family and friends.
View Tribute Book
Gwendolyn Mae was born July 28, 1927, in Strand, Iowa to Joseph LeRoy and Edith Frances (Noble) Anderson. After high school she married Doyle Loghry on November 8, 1944. They were blessed with two children, Joanna and Jerry. Gwendolyn worked at Lisle Corporation and then went on to work at Good Samaritan in Villisca, Iowa, where she retired. She loved horses and gardening and the real good old country music. She was just generally a well-rounded person. Gwendolyn passed away March 14, 2020, at Goldenrod Nursing Home. She was preceded in death by her husband Doyle, parents and her brother Art. Gwendolyn is survived by her children, Joanna (Verl) Loghry Baker of Clarinda, Iowa and Jerry Loghry of Prescott, Iowa, brother Gary (Pat) Anderson of Orange, California, sister-in-law Gwendolyn (Baker) Anderson of Bend, Oregon along with many grandkids, great-grandkids, great-great-grandkids along with nieces and many friends.
Wednesday
18
March

Share Your Memory of
Gwendolyn
Upload Your Memory View All Memories
Be the first to upload a memory!
Share A Memory
Plant a Tree