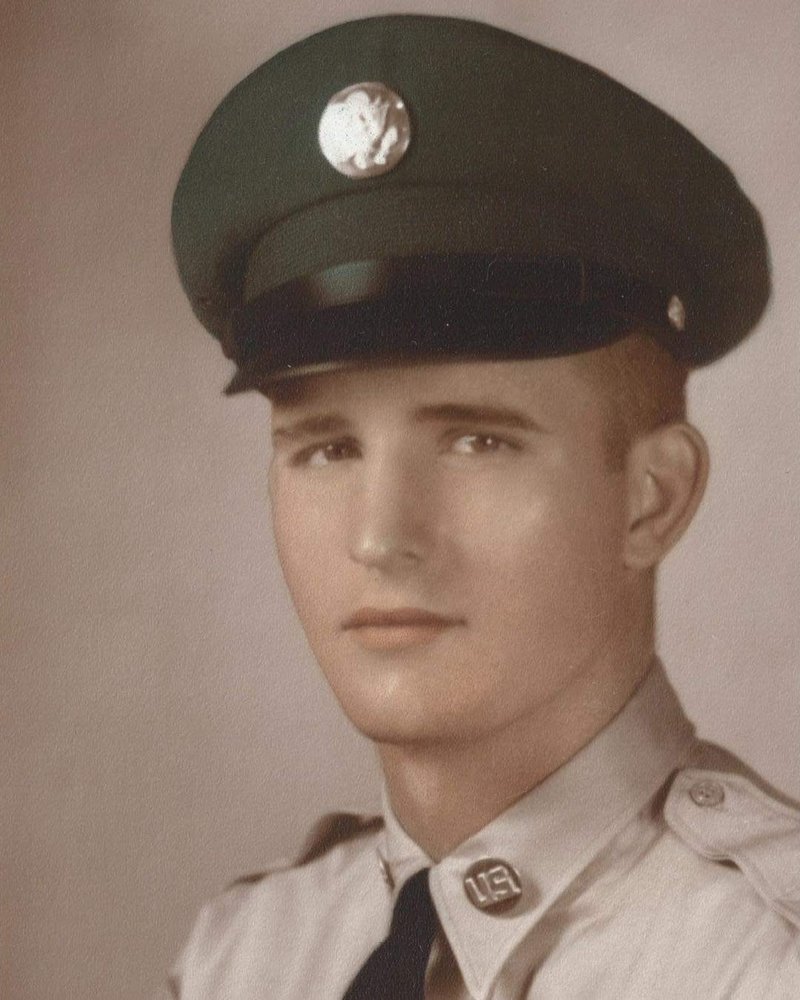 Please share a memory of Jim to include in a keepsake book for family and friends.
View Tribute Book
James Dale Branan of Villisca passed away Friday evening February 28th at the age of 80. He was born December 20, 1939, in Villisca, Iowa to John Wilbur Branan and Wilma Ethel VanAusdall Branan. James attended school in Villisca where he participated in football, basketball, and track and graduated with the class of 1958. He briefly attended the University of Iowa where he was a member of the Beta Theta Pi Fraternity before joining the United States Army. After serving as an enlisted man he was accepted to and graduated from Officer Candidate School as an artillery officer. James was united in marriage to Nancy Welsh April 2nd, 1967, and they lived in a variety of locations both stateside and abroad throughout his 21-year military career. While a Captain he served admirably in Vietnam in 1969 and was awarded the Vietnam Service Medal with Five Service Stars, Republic of Vietnam Campaign Medal, Republic of Vietnam Gallantry Cross Unit Citation with Palm, and Bronze Star Medal. James and Nancy then lived in the Panama Canal Zone during his time as an advisor at the School of the Americas. He ended his military career in 1982 at Fort Sill, Oklahoma retiring with the rank of Major. He and his family then returned to Villisca, Iowa. James received a Bachelor of Arts from the University of Colorado in 1972, a Master’s in Public Administration from the University of Oklahoma in 1974, and a Bachelor of Science degree from Northwest Missouri State University in 1985. This education was used as he transitioned from the military to civilian life. James then dedicated twenty-six years to the administration of justice for the Judicial Branch of Iowa as magistrate for Montgomery County, Iowa. In addition to his responsibilities as a judge he also taught nineteen years in the Villisca Community School District as a high school Spanish instructor. James was active in the Villisca community as the Villisca Public Library board president, an elder of the Villisca Presbyterian Church, and an assistant scoutmaster for Villisca Troop 45. In his free time, he was a voracious reader, enjoyed gardening, watching sports, and he also built the family home — an English Tudor style house located on their 80 acres east of Villisca. James had an affinity for languages; speaking English, Spanish, French, and German. James is preceded in death by his parents John Wilbur and Ethel and a brother Gary. He is survived by wife Nancy of Villisca, Iowa, daughter Rose of Rolfe, Iowa, daughter Cinthy of Villisca, Iowa, and son Andrew (Morgan) of Ankeny, Iowa, grandson Alex of Maryville, Missouri, grandson Tyler of Cedar Falls, Iowa, granddaughter Amber of Rolfe, Iowa, and sister Linda of Amarillo, Texas.
Tuesday
3
March

Share Your Memory of
Jim
Upload Your Memory View All Memories
Be the first to upload a memory!
Share A Memory
Plant a Tree