Sign in
Recommend Roger's obituary to your friends
Plant A Tree 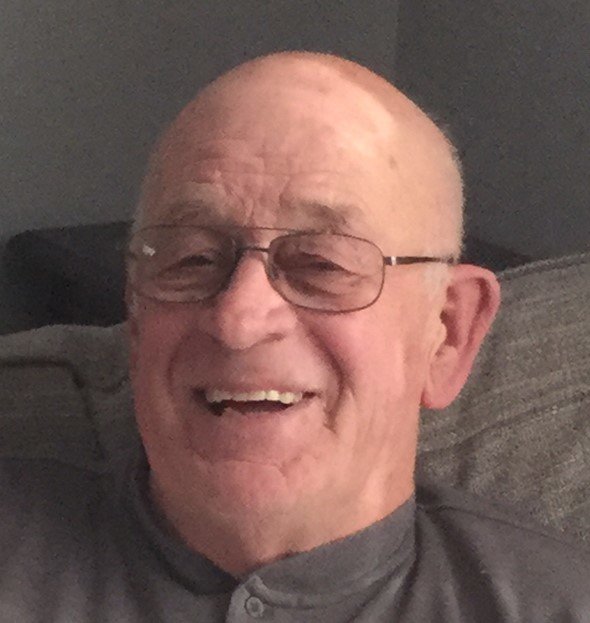 Please share a memory of Roger to include in a keepsake book for family and friends.
View Tribute Book
Roger Loy Shepherd was born to Charles and Marie Shepherd on October 17, 1943, in Villisca, IA. He attended school at Villisca, graduating with the class of 1961. He graduated with an associate degree from Clarinda Community College. Roger was married to Pamela Thomas in 1965 with whom he had six beautiful children; Kristi, Julie, Brett, Barb, Tony and Nick. In 1988, Roger married Marsha Bloom, and was blessed with her daughters, Kari and Kati. They resided in Villisca for the next 31 years. Employment for Roger included milk delivery man for Border Milk Company, delivering bread for Old Home Bread Company and working the line and security for Eaton Corporation until his retirement in 2000. The job he enjoyed the most was as greens keeper at the Villisca Golf Course. Roger's love of sports started at an early age playing pick-up baseball and basketball with his brothers and the boys in the neighborhood. He played basketball in junior high and high school earning all-conference 2nd team honors his senior year. He was an avid golfer and had two holes in one. Roger was a devoted Iowa Hawkeyes and Brooklyn/Los Angeles Dodgers fan. He passed on his love of sports to his kids and grandkids. Roger's family meant everything to him. He never missed an opportunity to show his support. Sporting events, music and dance recitals, graduations, birthday parties, holidays — he was always there. Roger passed away on December 27th, 2019 at Methodist Hospital in Omaha, NE. He is preceded in death by his parents; brother, Larry; sister, Cathi Hookham; sister-in-law, Charlotte Shepherd; and brother-in-law, Roger Hauson. Remaining are his wife, Marsha; his children and their spouses: Kristi and Tony Vance, Julie and Tom Kaufman, Brett and Stacy Shepherd, Barb and Pat Swanson, Tony and Misty Shepherd, Nick and Beth Shepherd, Kari Bloom and Shawn Cooper, and Kati Hansen. His grandchildren: Cameron and Tayler Vance, Drew Vance, Zach and Brandon Kaufman, Avery, Jaylenne and Addison Shepherd, Landon Nordquist, Connor, Devan, Danielle and Ryan Swanson, Eliza and Grace Shepherd, Chloe, Ethan, and Bailey Shepherd, Layla Hansen (dad, Tyler), Gus, Gilman and George Cooper. His great-grandchildren: Willa Vance; Jaxson, Colin, Cali and Zach (dad, Michael Welker). His siblings: Carolyn Hauson, Dave and Ruth Ann Shepherd, Craig and Janet Shepherd, Jann and Ron Almquist, brother-in-law Gary Hookham and wife Sandy and brother-in-law Fred Bryson. Memorials may be made to the United Methodist Church, Villisca Fire Department, Villisca EMTs, Villisca Public Library, or the Montgomery County Memorial Cancer/Oncology Department.
Wednesday
1
January