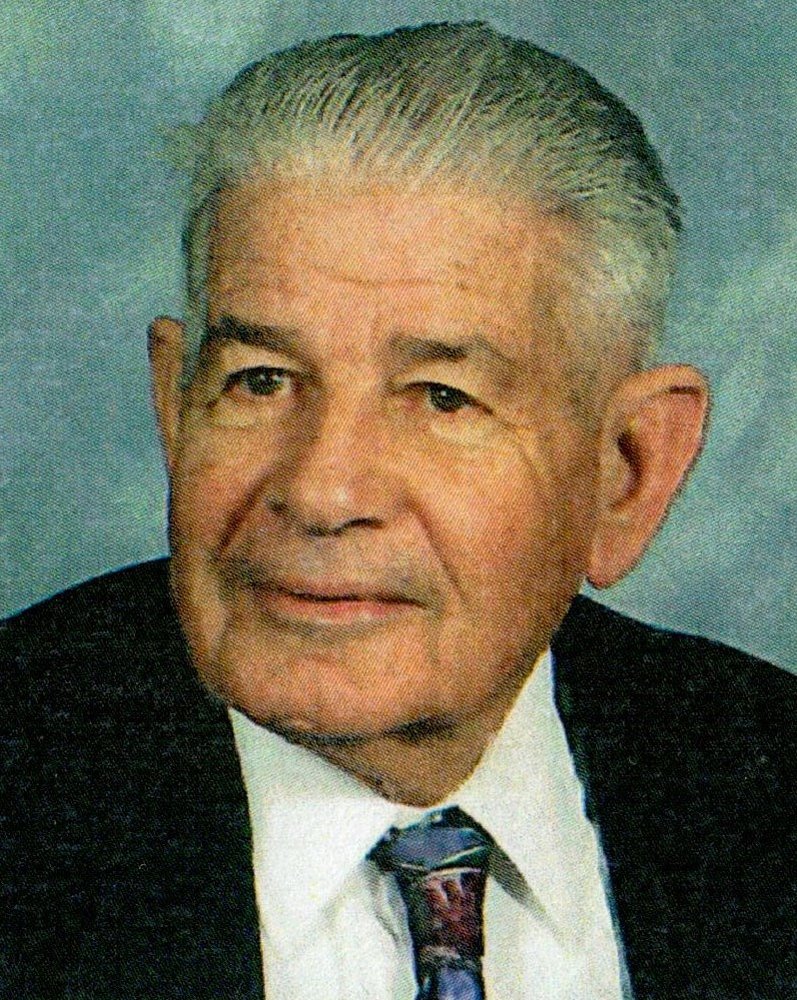 Please share a memory of James to include in a keepsake book for family and friends.
View Tribute Book

James Edward Woldruff was born April 27, 1923 at the family farm in Siam, IA. to Cecil and Mary (Stewart) Woldruff.  He was the only son in a family of 3 daughters.  James started his education at a country school in Siam, IA. and then attended high school at Bedford IA. where he graduated in 1940.

James joined the Navy in August of 1943 and served our country until January of 1946.  He worked as an airplane mechanic, being stationed in Saipan.  On October 30, 1944 he was united in marriage to Arleen Marie Steeve at Hiawatha Ks.  Four Children were born to this union, Sheryl, Wendell, Marnice and Kevin.

James joined St. John Lutheran church in 1952 and remained a faithful and active member throughout his life.   He was a farmer and he never lost his love for the land and the Angus cattle that he raised.  He was a 4-H leader, served as president and secretary of the Angus Association and secretary of his bowling league, and was on the Page County Board of Supervisors (1985).  He was an avid bowler and golfer and enjoyed many years of participation.  He was selected bowler of the year in 1978 and was very proud of the hole-in-one that he made at the Griswold Golf Club in 1983.  Following his retirement, he wintered in Mesa, AZ. and enjoyed taking part in the park activities and meeting new friends.

After suffering a stroke in May of 2014, he moved to Goldenrod Manor.  He became close friends with the residents and staff.  He enjoyed talking with them daily and participating in some of the games and activities.  He looked forward to seeing the family and many visitors that stopped to see him.   Going on rides to survey the countryside and check on the progress of the crops and fall harvest was a favorite pastime.  James looked forward to the annual Woldruff picnic and the yearly 4th of July celebration in New Market, IA. and always had a good time visiting with people.