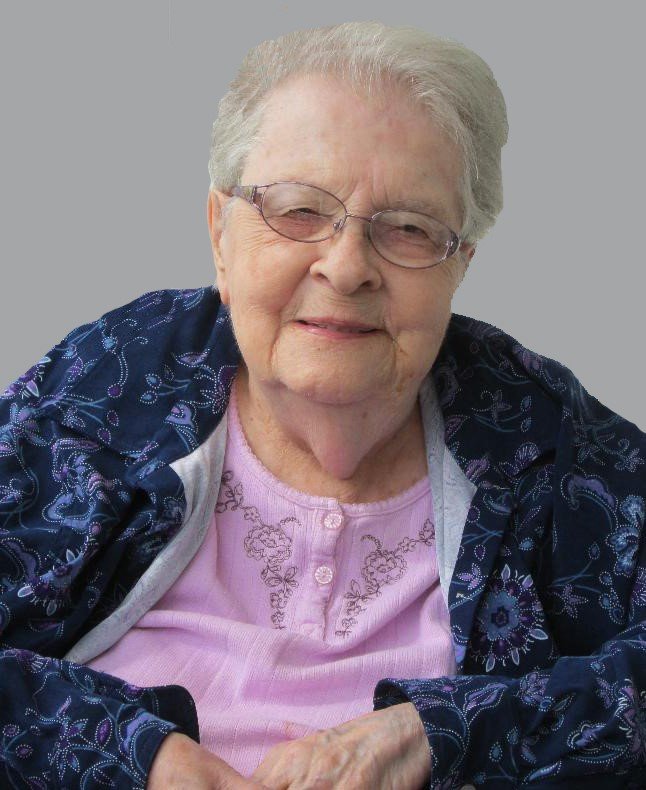 Please share a memory of Janice to include in a keepsake book for family and friends.
View Tribute Book

Janice McClellan Johnson Focht was born May 6, 1922 in St. Louis, Missouri to Leland and Doretha (McClellan) Johnson.  As a child during the depression, her family moved often staying with grandparents in both Iowa and Missouri while her dad, a newspaper editor, found work wherever he could.  By her junior high and high school years, they'd settled in Louisville, Kentucky.  After high school, she attended University of Louisville.  When her brother enlisted, Janice dropped out of college to do her part working for the war effort by inspecting electrical connections in airplane wings at a local airplane manufacturing plant.  She finished college at Iowa State University with a degree in Home Economics.

During her first year of teaching at Villisca High School, she was introduced to Tom Focht by his uncle Lester Focht, the school custodian.  In her words, it was “love at first sight.” They were married July 27, 1947.  Five children were born to this union, Marjorie, Nancy, Kathy, Mary and James.  For years they lived on the family farm west of Villisca raising crops, cattle and pigs, as well as a huge garden.  Janice taught Sunday school, was a 4H group leader and an active PEO member, and prepared huge meals for corn shelling and harvesting crews.  She returned to teaching after her children were in school starting as a 6th grade teacher at Nodaway and then spending her last years teaching 4th grade at the Enarson building. In addition to her work and family life, she was actively involved in Progress Club, the Presbyterian Church, Lions Club, P.E.O. and eventually the Villisca retired teachers group. In 1982 Janice and Tom moved into Villisca.

Janice was an amazing mom who encouraged her children to always do their best at whatever they attempted. “If it’s worth doing, it’s worth doing well” was the often repeated phrase.  She exemplified that as she managed five children, a huge garden and going back to school in her early 40s in order to get her second degree to teach at the elementary level.  She valued education, friendships, reading, music, her faith, family, independent thought, and holding her tongue.  “If you can’t say anything nice, don’t say anything at all” was another mantra.  Attitude was also high on her list with another winning phrase, “go to your room and don’t come down until you have a smile on your face”.

Janice passed away on September 28th, having spent the last 10 years of her life as a resident of the Good Samaritan in Villisca where staff delighted in her smile as the dementia robbed her memory but not her attitude.

Janice was proceeded in death by her husband, Tom Focht; her daughter, Mary Focht; her parents and three brothers; two brother-in-laws, William Focht and William Walford; and two sister-in-laws, Marie Focht and Sandra Focht, and a nephew, William TR Walford.