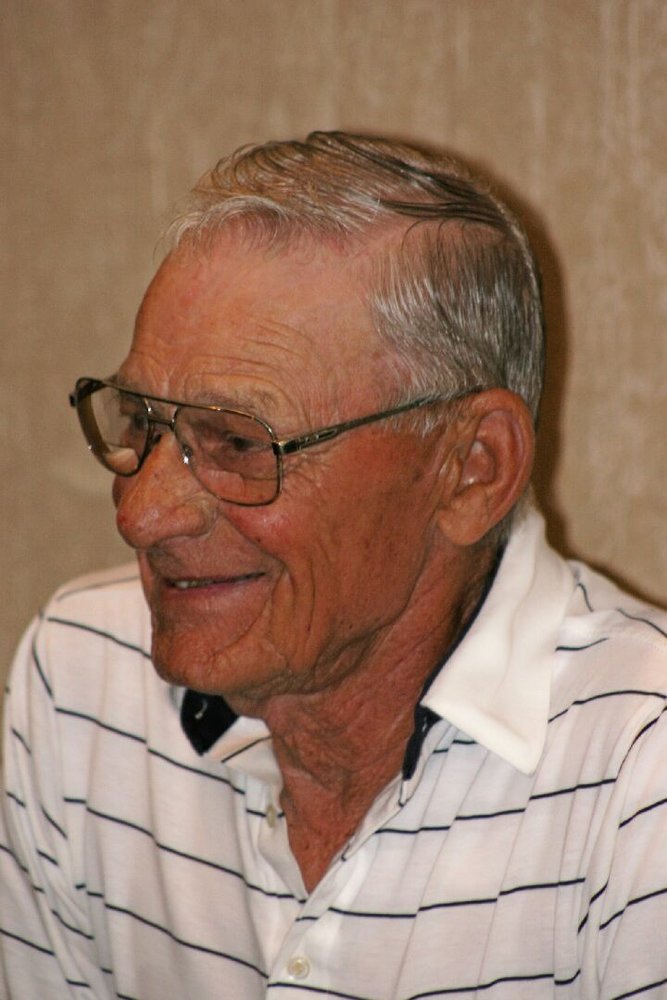 Please share a memory of Duane to include in a keepsake book for family and friends.
View Tribute Book

Duane Harlie Sunderman was born April 8, 1927, near Hepburn, Iowa to Harlie and Beulah (Newman) Sunderman.   He attended rural schools in Page County and was an eighth-grade graduate.  He was baptized and confirmed at the Villisca Lutheran Church.

Duane enlisted in the Navy, June of 1945.  He took his training in the Chicago Great Lakes area.  He was sent to Japan and was arriving as the Atomic Bomb was dropped.  He was discharged from the service June 18, 1946.  On May 28, 1947 he was united in marriage to Margaret Woldruff at Hiawatha, Kansas.  They made their home in Page County, farming for 72 years.  To this union of their marriage, three children were born: Janis, Kennard and Edwin.

Farming was not only his livelihood but his hobby.  He always took time to stop and visit.  Duane enjoyed being with his family, especially the grandkids and great-grandkids, dancing and winter traveling.  He always had a spare quarter for the Las Vegas slots.

Luncheon at the funeral home will follow the burial at the cemetery.
Online Memory & Photo Sharing Event
Online Event
About this Event